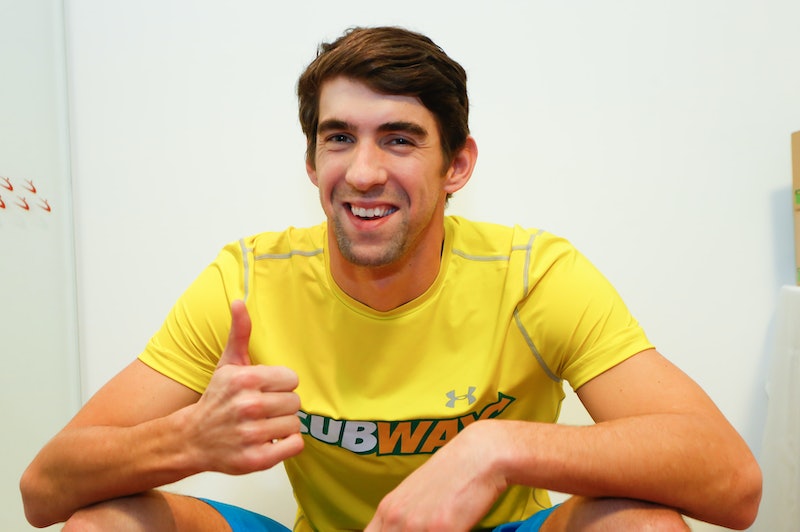 It was announced early Sunday that Olympian Michael Phelps would be entering rehab following a DUI. "I’m going to take some time away to attend a program that will provide the help I need to better understand myself," the swimmer wrote in a tweet from that morning. More about Phelps' recovery program has surfaced now, including the fact that it's six weeks long and inpatient.

From a statement by Octagon, Phelps' sports agency:

While this has been an extremely difficult time for him, he is encouraged that this comprehensive program will help him focus on all of his life experiences and identify areas of need for long-term personal growth and development," the spokesperson said. "Michael takes this matter seriously and intends to share his learning experiences with others in the future.

A similar show of support came from Chuck Wagner, the USA Swimming Executive Director, who said this:

We fully support Michael's decision to place his health and well-being as the number one priority. His self-recognition and commitment to get help exhibit how serious he is to learn from this experience

For any person who's reached the point of entering a rehabilitation space there's a lot of pressure, but I have to imagine that pressure is magnified by the kind of public attention a figure like Phelps attracts. He's apologized for the "lapse in judgment" that led him to drive drunk, and now he's going about the work of bettering himself.

My advise for those who don't actually know Phelps is to take these six weeks to not keep track of his every movement — just let him work through what he's gotta work through. Recovery's hard enough, it's gotta be all the harder with millions of eyes watching to see if you fail.