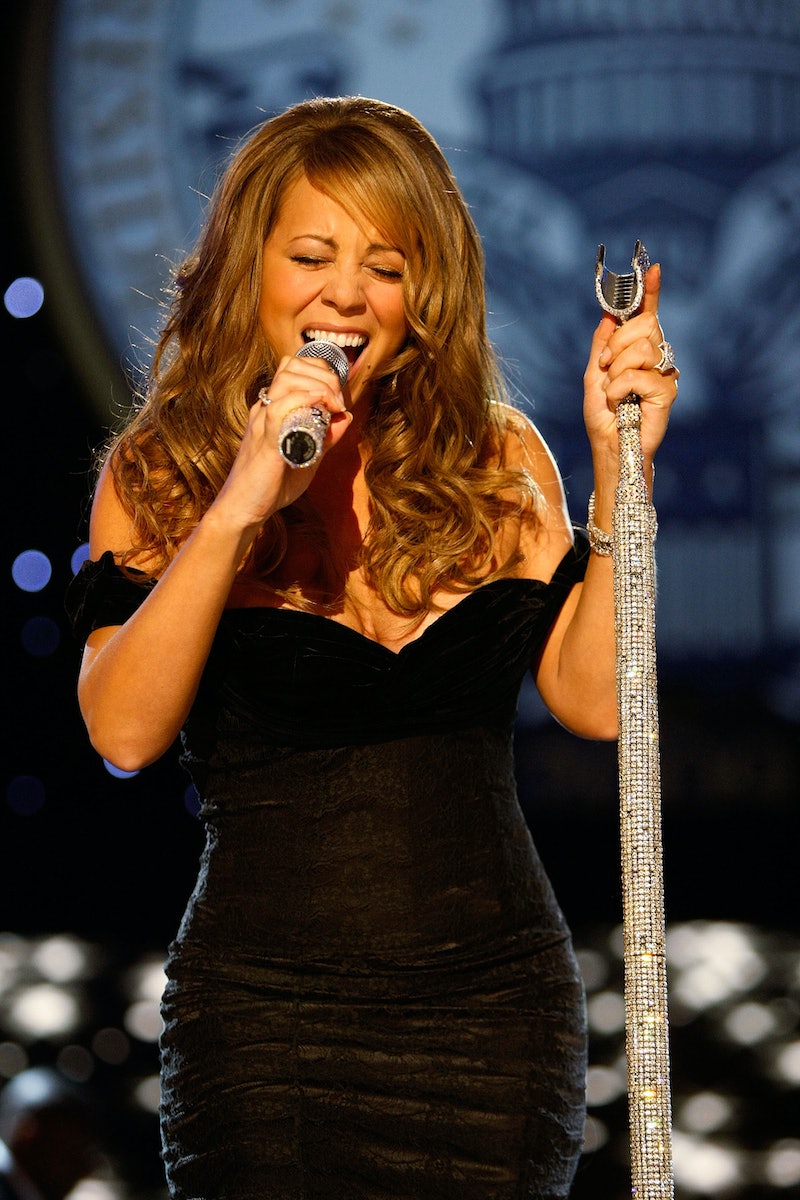 Being here on Earth, there's a few major things you should have learned at a reasonably early age. Things like, I don't know, the sky is blue, water is wet, not to stand under a tree when it's storming, oh, and that Mariah Carey has the vocal prowess of a freakin' angel. I think we can all acknowledge that she's a damn good singer. No, that doesn't seem like enough. A great singer, maybe one of the best in recent memory. But that doesn't mean sometimes she can't have an off day. She is human, despite that covetable, superhuman talent. But it doesn't appear that her fans are all to accepting of said humanity. Cue the chorus to Simple Plan's, "Perfect," as Mariah applies a heavy amount of black eyeliner to her lower lids.

Carey's "humanity" came in the form of her voice cracking during a concert, according to The Wrap.

"Carey appears to have trouble hitting some of her signature high notes and her voice even cracks. Fans quickly ripped the performance with such comments as, 'She is duuuun.' Another person added, 'She needs Jesus.' A third person chimed in with 'No no no!!!!!! Why Mariah why????'"

So much for being supportive, Mariah fans. Sheesh. Yeah, I get that she messed up, but my God people, who doesn't every once in awhile?! Rather than harp on her and proclaim she "needs Jesus," maybe the lady could have used some words of encouragement or a focusing on all the other songs she sang on point. After all, in her lengthy and successful career, this voice cracking nonsense is practically nothing.