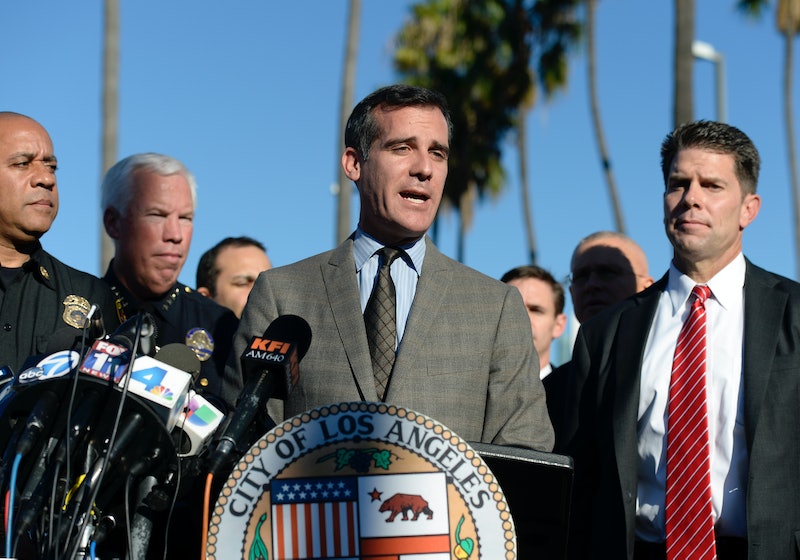 Just how much money is too much for the minimum wage? It's an issue that's been simmering across the political spectrum in recent years, with the Democratic side embracing a midterm election platform that'd raise the federal rate, and conservative economists decrying the policy as a job-killer. Now, the good people of Southern California could end up doing us all an illuminating favor: Los Angeles may raise its minimum wage to $13.25 per hour, and in doing so offer fresh understanding to how we should think of the minimum wage.

It's an exciting prospect, though it's still a ways off if approved — the full wage hike wouldn't be in effect until 2017, and it's still pending approval from the city council.

If Los Angeles' city council embraces this elevated minimum wage, it'd be a game-changer. Their proposal would raise the minimum wage a full six dollars higher than the dizzyingly low federal rate of $7.25, which hasn't been changed since 2009. They'd also be moving to keep pace with their neighbors to the north — the city of San Francisco currently has an unusually high minimum wage at $10.74 per hour, and that could be even higher by the time Los Angeles' rate would rise, with a proposal for a $15 per hour minimum wage on this year's ballot.

The Los Angeles situation is a compelling test case, as Meghan McArdle of Bloomberg View points out — the increase would fix yearly earnings for a full-time worker at $26,500 per year, a hefty sum by the standards of most minimum wage earners around the country.

Those who are opposed to the hefty hike, be they conservative economists or pro-business types, tend to emphasize the notion that a higher minimum wage will hurt hiring, and require worker's hours to be cut back to accommodate.

And the risk of jobs moving to just outside city boundaries to duck the new minimums is also worthy of consideration — that's one huge reason that a federal increase across the board might prove more beneficial.

Some of Los Angeles' workers, however, could get an even higher minimum wage than the general public might see in 2017. That's because Mayor Eric Garcetti has a city council-passed proposal on his desk right now which would raise the minimum wage for hotel workers up to $15.37 per hour, an increase which has, predictably, been lambasted by the hotel industry.

As you might expect, thanks to the high-profile nature of the minimum wage issue this election seasons, the conversation in Los Angeles has drawn some prominent Democrats to the city — Vice President Joe Biden will be appearing at a roundtable discussion with Garcetti, according to CBS News.