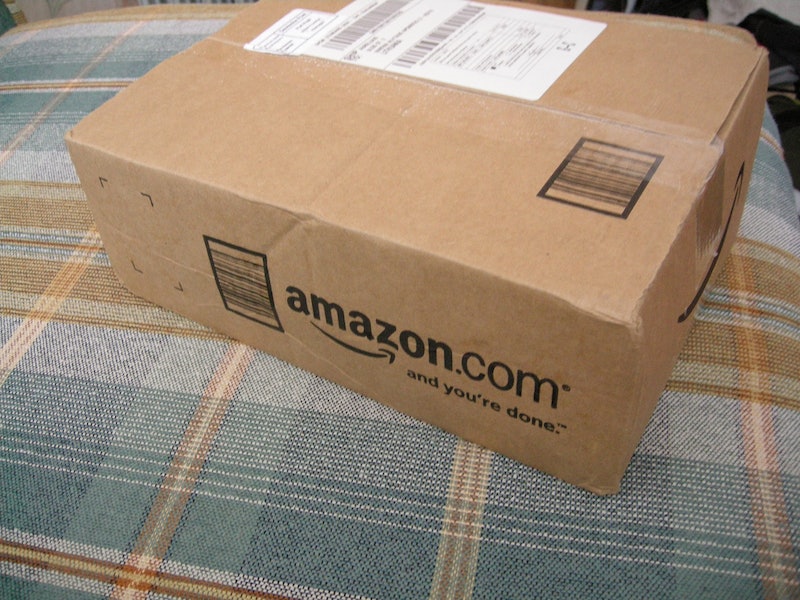 It's starting to feel like the Amazon vs. Hachette feud is just never going to end, as though this is the new normal for the books world. Now, the Author's Guild thinks Amazon's tactics are actually illegal, rather than the new normal. And they're encouraging the Justice Department to investigate.

The Author's Guild is the largest advocacy group for writers, representing more than 9,000 authors, and they are currently using their position to encourage the Justice Department to investigate Amazon, claiming that the way the retail giant has been pressuring Hachette during the trade negotiations is a violation of U.S. antitrust laws. They may also have a point. After all, Amazon has come a long way from being the quirky industry-disrupter; they are currently responsible for 50 percent of all book sales in the United States, making them possibly the most powerful force in the books industry at the moment. And it's current power trip is the sort of thing antitrust laws were written to prevent.

According to the Author's Guild, Amazon's current behavior towards Hachette — removing discounts and pre-order buttons and increasing shipping times in an effort to discourage the sale of Hachette books — demonstrates that they need to be reined in. Representatives from the Authors Guild met with Justice Department officials to urge them to look into what they describe as Amazon's "Amazon’s outsize market share and anticompetitive practices in the publishing industry," though they do not know if the department launch an investigation.

Neither the Justice Department nor Amazon has commented publicly about the possibility of an investigation.

If the Justice Department did launch an investigation, it would not be the first time they had taken a closer look at the books industry in recent years. In 2012, the government brought a civil antitrust lawsuit against Apple and five of the country's largest publishing houses, including Hachette, saying they colluded to lower the price of book sold through the Apple store in an effort to undercut Amazon. The publishing companies all settled; Apple was found liable in court.

So what's up with the books industry lately? Well, as the publishing landscape changes due to e-books, self-publishing, and the Internet in general, there are bound to be missteps as everyone adjusts to the new status quo — or rather, as the new status quo slowly comes into being.

Only time will tell if Justice Department gets involved in the dispute between Amazon and Hachette, but as this feud drags on into its sixth month, it would sure be nice if someone would step in and end this already. Because even though Paul Ryan's book is doing OK, the rest of the Hachette authors would probably like to see their sales go back to normal sometime soon.