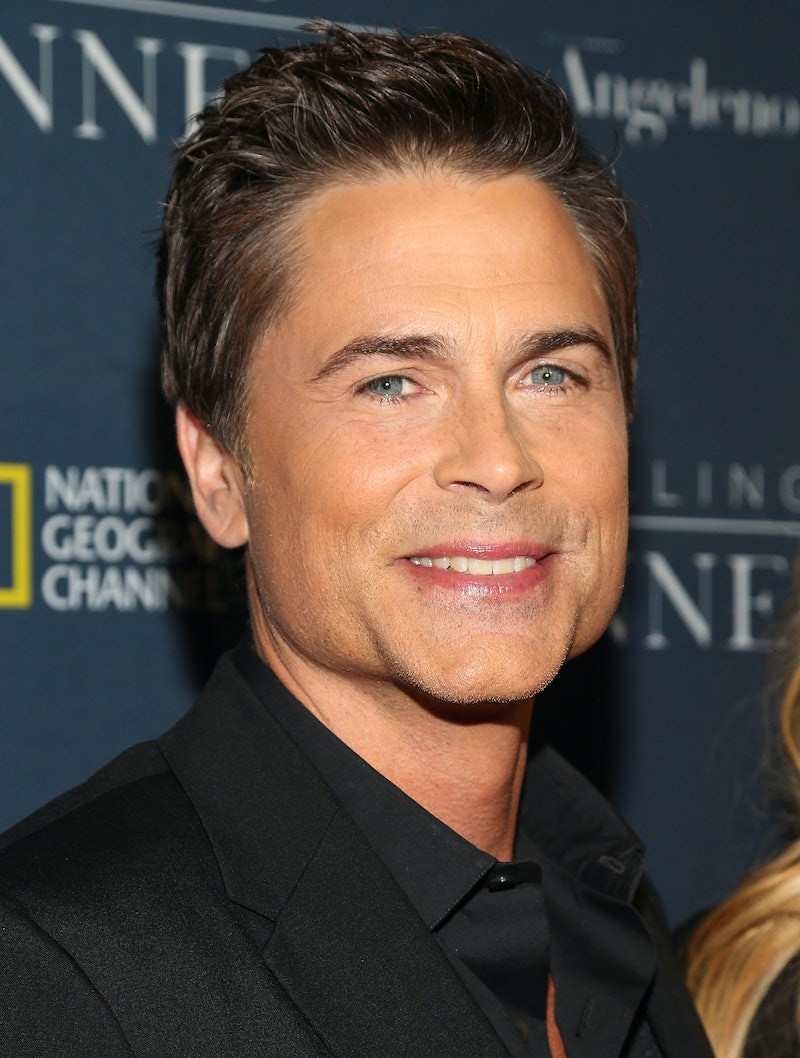 Everybody ages. Unless you are Edward Cullen or one of his ilk, you're going to get older. In Hollywood, aging is not only an inevitability of life, it is also a frequent topic of conversation and speculation. If you age and you are a man in Hollywood, getting older usually means people start using flattering words like "silver fox" to describe you and you get to start dating a girl who could've gone to high school with your daughter. If you age and are a woman in Hollywood, you can expect lots of people to talk to you about how beautiful you used to be, and maybe if you are truly, truly exceptional at what you do, you will get to play a role in a well-written British ensemble drama. Ah life, and the wonderful double standards you weave.

Watching how certain stars age (or don't) is a fascinating thing, especially when you manage to spot those celebrities who defy god and science by continuing to walk around looking like maybe someone should burp them. It gets even more alarming when baby-faced famous folks start having their own kids. I mean, Michelle Williams' daughter looks older than she does. It can get weird.

If Oscar Wilde's Picture of Dorian Grey was correct, the most handsome and slow to age people around us – or on our screens – probably have a portrait of themselves that takes on all their ugliness and sin and they keep it locked up some place where no one can see it. Or, conversely, they are a mixture of being genetically blessed and able to access a radically effective skincare regime made from the crushed bones of young, pliant virgins. We'll never know.

BOW BEFORE MY MASTERFUL USE OF HYPERBOLE, AND ALSO BEFORE THESE 11 CELEBS WHO REFUSE TO AGE:

Above, you'll see Rob Lowe photographed this year. Look at him, all delicious cheekbones and sparkling eyes and Chris Traeger-ish hair. He looks mad youthful, and is his wont. Below, there's Rob Lowe TEN GODDAMN YEARS AGO. Somebody get Anne Rice out here, stat. Because you know there is only one logical explanation for this changeless decade and that is that he is secretly the vampire Lestat.

I'm not the first nor will I be the last to point out that Keanu Reeves, like the sun itself, does not show his age. Above, we've got a recent pic of Keanu, below, a pic of Keanu ten years ago. The only difference between the photos was that ten years ago a new Bill and Ted Movie was not in the works and that we doubted Keanu Reeves was definitely a time traveler. Now we know both of those things to be true.

I. Cannot. With. Gabrielle. Union. It's like I want to grab her pores and demand that they offer up their secrets. The problem is, I think that if I got too close to this gorgeous creature she might drain my soul from my body and use its power to remain ever youthful. I mean, that's really the only logical explanation, right? She's forty-one, you guys.

And I quote the wise and inestimable Kat George: "BEYONCE HAS LOOKED 30 SINCE SHE WAS 15". Verily, this is so. None of us doubted her when she said she woke up like this, because the idea of seeing Beyoncé having changed a wit, let alone aging like the rest of us mere mortals is just plain unthinkable.

Maybe he is casting some sort of spell with his magical blue eyes, but ten years did nothing for Paul Rudd other than serve him well. His boy-next-door grin, his glowing complexion (is it weird to get hot and bothered about a dude's nice skin? Is that too, like, Buffalo Bill of me? Don't care), none of it would give you a clue that ten years passed between the snapping of these two pics.

I am almost 100% sure that Demi Moore has Benjamin Button's disease. Because check it, ten years? Water off a former brat-packer's back. She is one of those horrible types who just looks better as the years go by and this sincerely doesn't seem fair to the rest of us mortals. She was a babe ten years ago, a babe the ten years before that, and will continue to be a babe while my grandkids are visiting me in the home to bored to tears as I tell them tales of the Family Kardashian.

It's weird to think of a child star we've watched become an adult star as being someone who doesn't age, but consider the case of Elijah Wood. Dude hit adulthood, and then sort of just...stopped. Exhibit: these pictures, taken ten years apart. Some things may have changed, like his penchant for wearing his hair with a side-part now, but other than that I'd be hard pressed to tell you which photo came first.

Whenever I turn on TV and see Liv Tyler's face it takes me roughly twenty to thirty minutes of examining context clues to see if I am watching The Leftovers or Empire Records. While this do not speak well to my skills in basic comprehension when it comes to movie watching, you kind of can't blame me. Look at her: She fell in the fountain of youth, drank the whole thing, and then her dad Steve Tyler wrote a song about how totally unfair that is, probably while fervently applying creams to his own face.

Maybe Paul Rudd passed on the secret of immortal beauty to Stacey Dash while they were working together on the set of Clueless. How else to explain two of its cast members emerging as if phoenixes (phoenixae?) from the ashes of human aging process? Probably the answer to that question is acknowledging that these people are celebrities and thus are not only of better genetic stock than most of us, but are also privy to all manner of luxurious creams and potions.

I think the mullet he wore in the Full House days was the only thing tying John Stamos to world of us mere mortals. Once he hacked it off, the dude just got foxier and foxier until he was so foxy he was the only logical choice when it came to getting lots of sex-starved women to buy Greek yogurt and imagine what it would be like to share in such a delicacy with such a rugged and potentially immortal man.

SORCERY. Okay, okay I know that may sound extreme, but the ten year age gap between these photos and my New England upbringing definitely bring out the witch hunter in me. I need to stay away from any and all photos of Gwen Stefani or I will decide that white hair, red lips, and sex with Gavin Rossdale are the keys to eternal youth -- and for me, sadly, only two of those are easily acquired.