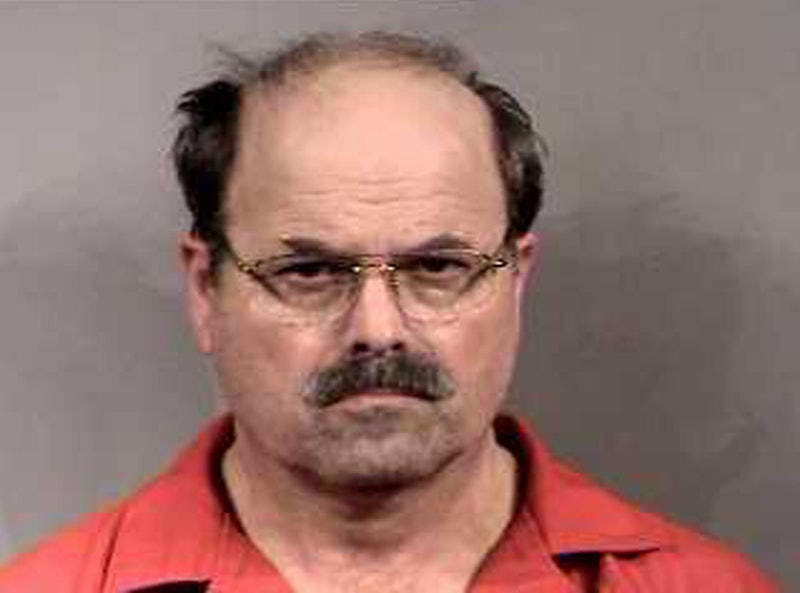 October is the month of all things creepy, and this is right at the top of our list. Roy Wenzl of The Wichita Eagle newspaper reported Monday that Dennis Rader, known as the BTK Killer, is helping write a book about his murders. Rader, who was sentenced in 2005 to 175 years imprisonment with no parole after being convicted of murdering 10 people, sent a handwritten letter to The Eagle explaining his new project. In the four-page letter, he said he hopes to provide insight for professionals hoping to better understand criminals.

People like me, need to be under stood (sic), so the criminal professional field, can better under stand (sic), the criminal mind. That would be my way helping debt to society.

Thankfully, Rader won't be profiting from his new pet project. When he signed his media rights to the victims' families and attorney as part of a wrongful death settlement, he signed over his ability to profit from anything produced about his killing career. So instead, he wants to give the proceeds to his victims' families. Thanks, but no thanks.

The killer from Kansas, known for his gruesome and sexually-motivated "bind, torture and kill" method (hence, BTK) said he believes the proceeds will help pay the debt he owes to each family for killing their loved ones. While none of the victims' families have commented on the book so far, I'm willing to bet they don't want his money - or anything to do with him whatsoever.

According to the letter, the 69-year-old is working with Katherine Ramsland, a professor of forensic psychology and director of the masters program in criminal justice at DeSales University, to write the book. She trains police and prosecutors, and hopes the book will serve as an academic guide for them. Despite her assertions to The Eagle that she doesn't want the book to draw lurid attention to Rader, it will certainly garner him some celebrity.

During his reign of terror, Rader was notorious for sending cryptic letters with details of his murders and hints to his identity to newspapers. So, honestly, it's hard not to think he may simply be doing this for the attention.

But regardless of his ulterior motives, it's how Ramsland chooses to write the book that will ultimately decide the project's outcome.