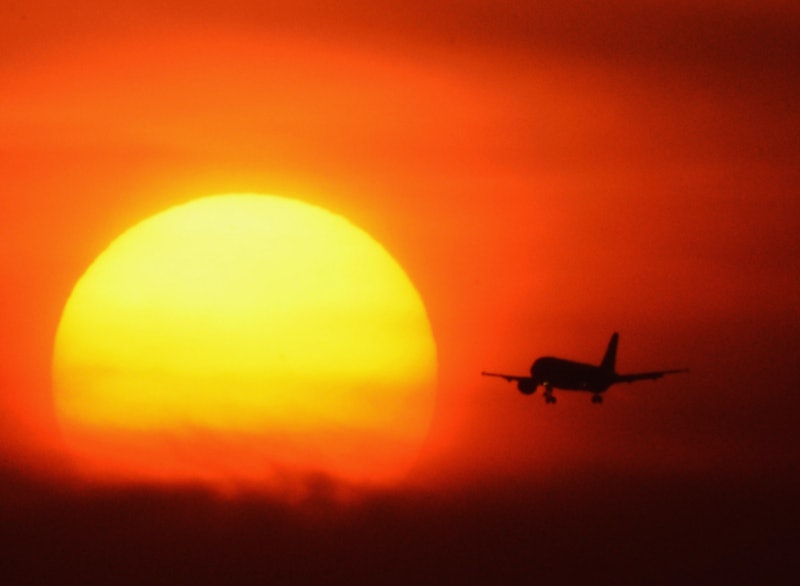 A 19-year-old Illinois teenager was caught over the weekend attempting to join the Islamic State of Iraq and Syria. Bolingbrook resident Mohammed Hamzah Khan was charged in connection to ISIS on Monday, two days after authorities apprehended him at Chicago's O'Hare International Airport. Authorities said he was waiting to board a plane to Vienna, Austria, where he would then connect to Istanbul, Turkey, and make his way into Iraq or Syria.

Khan was charged in a federal criminal complaint, which alleges that the 19-year-old knowingly attempted to "provide material support and resources ... to a foreign terrorist organization." He faces up to 15 years in prison.

According to the affidavit filed Monday, Khan purchased roundtrip tickets to Vienna and Istanbul from Austrian Airlines. The departure date for the tickets was Oct. 4, and the return date for the trip was Oct. 9.

While Khan waited at the major Chicago airport on Saturday, law enforcement agents obtained a search warrant for his home in the Chicago suburb of Bolingbrook, according to the affidavit. There, the agents allegedly found handwritten notes describing a plan to join ISIS.

Here's what the agents found in a notebook believed to be Khan's:

A page that contains the word “Purchased” with the following steps listed below: “(1) $4,000.00 ticket to Istanbul Cred,” “(2) supplies via credit card,” “(3) cash for hotel in Istanbul $(70),” “(4) bus ride to Esekir ($),” “(5) Esekir Koya Adana,” “(6) get in touch with” a list of four individuals, including Individual C, 3 “(7) Most likely go to Urfa.” Above this list was a drawing of what appeared to be the United States and Turkey. That drawing included an arrow from the United States to northwest Turkey, two arrows across Turkey, and one arrow pointing across what appeared to be the border of Turkey and Syria or Iraq.

The affidavit states authorities also found references to Syria's "Al-Raqqah Province" and drawings of the ISIS flag on the documents. Khan reportedly even left a note in his bedroom for his parents, making his intentions clear. "My dear parents, there are a number of reasons I will be going to the blessed land of Shaam, and leaving my home," Khan wrote.

Among his reasons were disdain for the Western world, which he called "filth," and an obligation to "migrate" to the so-called Islamic State. "I extend an invitation, to my family, to join me in the Islamic State," Khan wrote. He added that his parents should not call the authorities once he was gone.

According to NBC News, Khan is the 13th American to allegedly attempt joining ISIS and al Qaeda affiliate al-Nusra Front.