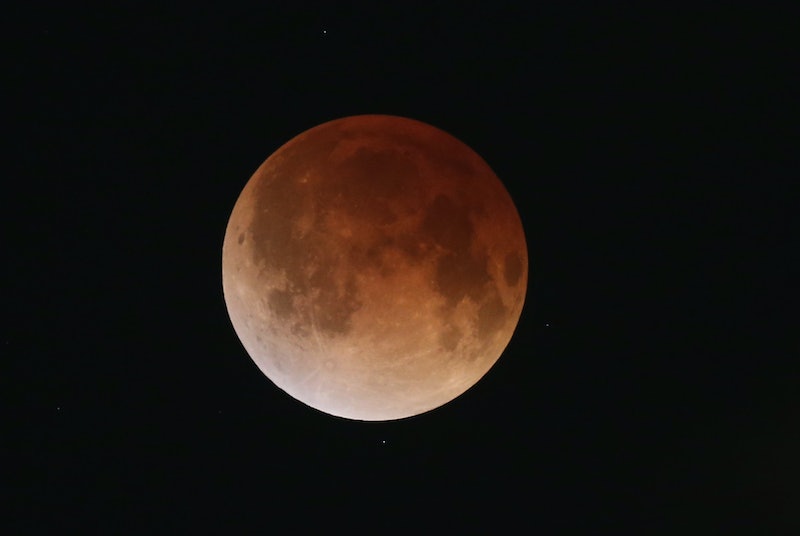 Astronomy enthusiasts are in for a treat on Wednesday morning. The North American sky will play host to a blood moon, a rare celestial occurrence that usually happens once every few years. And if you're interested in watching, we're providing a handy guide on how to watch the "blood moon" lunar eclipse from every region in theStates.

The moon has really outshone itself this year, with three Supermoons this summer and one previous blood moon in April. This year's two blood moons will be part of a series of four, called a tetrad, over two years — an extremely rare pattern that won't occur again for 20 years. Just one blood moon is already a rare enough experience, since the Moon's orbit around Earth is usually tilted enough to escape being totally eclipsed.

What Is the Blood Moon?

A blood moon is a lunar eclipse that happens when the Earth perfectly aligns itself between the Sun and the Moon, creating a shadow over the latter. The reddish hue comes from sunlight being refracted by the Earth's atmosphere onto the Moon's surface. It's the same process that creates the brilliant shades of red and orange during a sunset.

When and Where Can I View It?

Here is a breakdown of the blood timeline by each region:

If the sky is overcast where you are, you can watch a live stream of the blood moon at Slooh.

When Is the Next One?