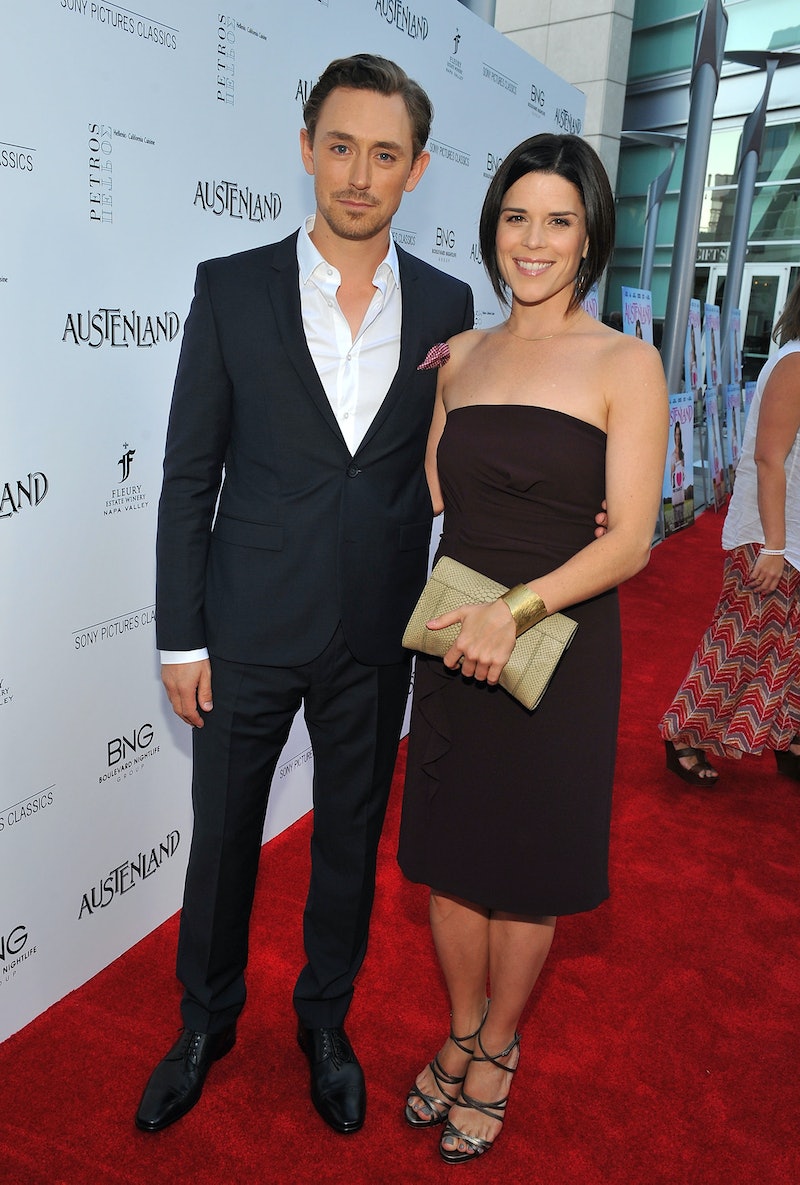 Update: People magazine spoke with Neve Campbell's rep who confirms that the actress is not pregnant.

Hey, Neve Campbell fans, here's something to Scream about. Reportedly, Neve Campbell is pregnant with her second child with longtime boyfriend JJ Feild! Ah! The actress was photographed hanging out in Hollywood this weekend with what Us Weekly calls " the slightest hint of a baby bump." While Campbell hasn't commented on a pregnancy herself, Us Weekly claims the Party Of Five star — whose first son, Caspian, was born in August 2012 — is expecting again.

A source spilled to the mag:

They've always wanted more than one child. They want Caspian to have a sibling.

Campbell has been generally off the radar as of late with her last two projects being an appearing on an episode of the AMC hit Mad Men, and the movie Walter alongside Virginia Madsen and Milo Ventimiglia. A star taking time off to raise a family? CAN IT BE?! The actress and her husband are notoriously very private, and it wasn't until she went on daytime show The Talk in December 2012 that she revealed a little bit about her cute fam and Caspian's, ahem, unusual name.

I liked the idea of a unique name. It's nice having something special and different and so I wanted something like that for our son.

Now we definitely can't wait to see what Caspian's little brother or sister's name will be. Congratulations on the amazing news, Neve and JJ!