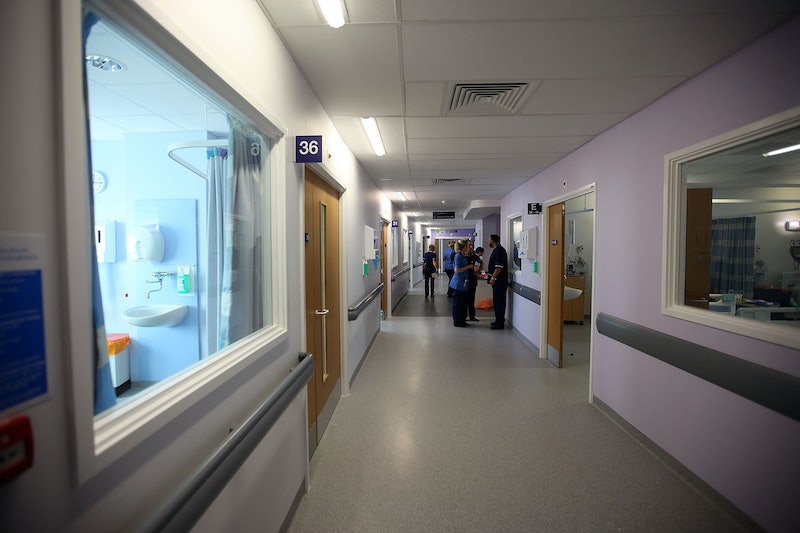 People who have had near-death experiences often recount vivid images, sounds, or even mental journeys they've taken when their hearts stopped beating. Many doctors, however, have discounted these experiences as hallucinations triggered by brain chemicals and/or medicine. An expansive new study on near-death experiences and awareness after death may challenge their skepticism.

Researchers at Great Britain's University of Southampton, conducting the largest-known study on near-death experiences, concluded that there may be a "conscious awareness" after the heart stops and the brain shuts down. The study, recently published in the journal Resuscitation, looked at more than 2,000 patients in 15 hospitals across the United States, the United Kingdom, and Austria who'd endured cardiac arrest.

The team of scientists found that 46 percent of the patients who survived detailed some sort of awareness when their hearts were stopped — meaning, they were clinically dead but conscious in some form. According to The Telegraph, the study showed that out of the 330 people who survived, 140 had conscious awareness.

The researchers had the patients describe was they either heard, saw or felt during this time. Not every patient had specific details, but many could recall seeing a flash of light or feeling separated from their bodies. One in five patients said they felt a sense of peace when they were clinically dead, while one in three said it felt seemed like time either slowed down or sped up. A small percentage of patients also described a drowning feeling, or being submerged in water.

Study leader Dr. Sam Parnia, whose work has focused exclusively on near-death experience, consciousness after death and advanced resuscitation techniques, told The Telegraph that one 57-year-old social worker had a credible account of hearing the nursing staff for three minutes after his heart stopped:

We know the brain can’t function when the heart has stopped beating. But in this case, conscious awareness appears to have continued for up to three minutes into the period when the heart wasn’t beating, even though the brain typically shuts down within 20-30 seconds after the heart has stopped. The man described everything that had happened in the room, but importantly, he heard two bleeps from a machine that makes a noise at three minute intervals. So we could time how long the experienced lasted for.

Parnia added that these types of near-death experiences "warrant further investigation." Dr Jerry Nolan, editor-in-chief, also commended Parnia's extensive work, calling it a "fascinating study that will open the door to more extensive research into what happens when we die."

Parnia has long studied near-death experiences, cardiac arrest and resuscitation in an attempt to scientifically explain the question we all want to know (as morbid as it is): What happens after we die? In 2013, the doctor released a book on this topic, Erasing Death: The Science That Is Rewriting the Boundaries Between Life and Death, arguing that it's possible to reverse death — a state that we've always considered irreversible.

Parnia, who interviewed hundreds of people who were once declared clinically dead for his book, wrote for The Huffington Post in 2013:

Today, by the lexicon of modern resuscitation science, death is in fact fully reversible. Death can no longer be considered an absolute moment but rather a process that can be reversed even many hours after it has taken place. How many hours? Well, we don't know precisely, but definitely long enough to say that many of the 1,514 lifeless bodies discovered in the water by the crew of the rescue ship RMS Carpathia two hours after the Titanic had sunk could have been brought back to life if the Titanic had sunk in 2012 instead of 1912. This is not a play on words; it is literal.