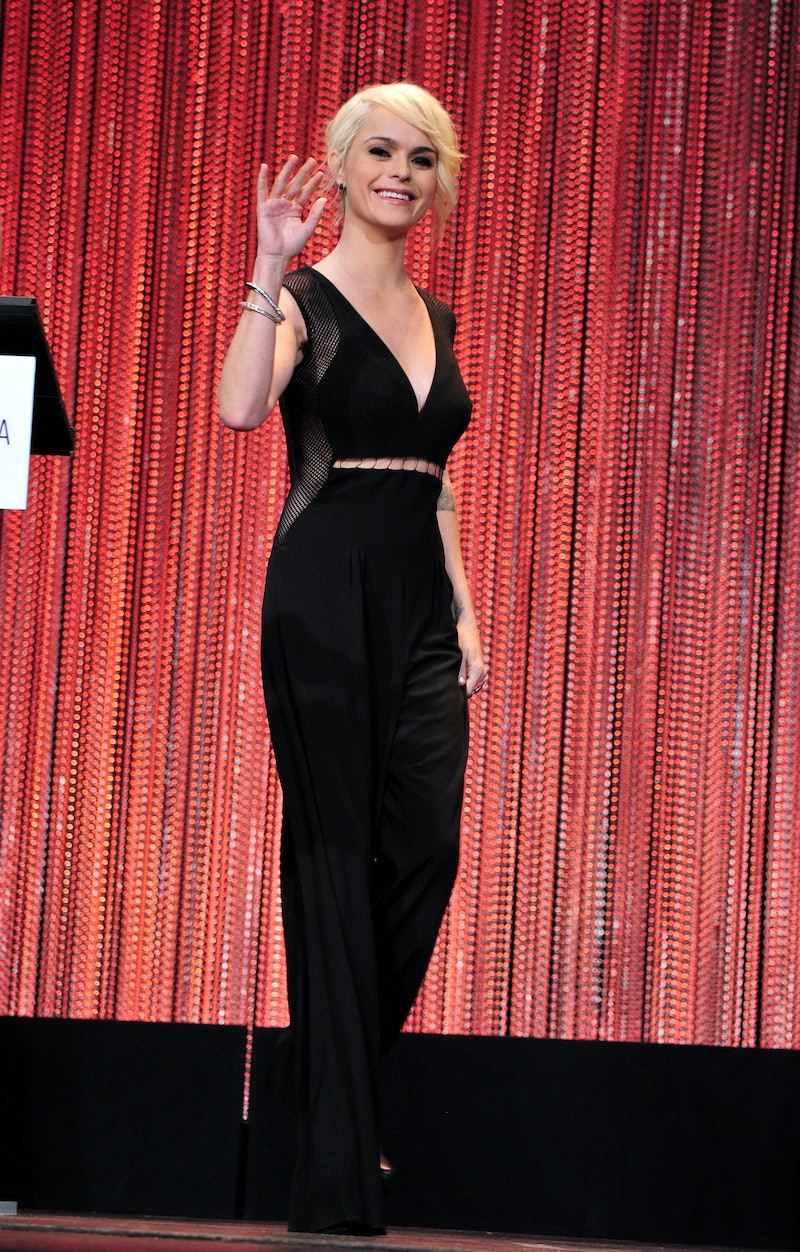 If I ever had an illusions about wanting to be famous before, they've all but shattered in the past few weeks. To add to the insanity and misery of the nude hacking scandal, celebrities still have old-fashioned fame problems to deal with, like stalking. On Tuesday, Taryn Manning's alleged stalker Jeanine Heller pled guilty to a misdemeanor after violating a protection order she had against Manning.

It seems like it's really hard out there for famous people right now, and usually I am not one to pity the rich and the famous (farrrrr from it, being totally middle-middle class and the children of immigrants who built their way up from the bottom). But the lack of anonymity and the idea that you could be treated like public property rather than a person is what freaks me out. Manning's accused stalker, apparently, "made no threats of any kind" toward the Orange is the New Black star, but isn't obsessive behavior a threat in and of itself?

I guess there's always the "par for the course" argument about becoming famous; stalking is even glorified sometimes, like when Jenna Maroney on 30 Rock laments that not having a stalker anymore means she's no longer desirable, or relevant, or famous enough. It's all fun and games on Tina Fey's sitcom, but it seems like the strange world of fame is just getting stranger and stranger. I will just be an un-stalked nobody forever, thank you very much.

UPDATE: An earlier version of this story said Heller was arrested, this was in regards to her arrest last month on September 2. We apologize for any confusion. Heller's stalker charges were dismissed, and she will undergo six months of treatment, which will include mental health counseling. Heller's subsequent court hearing will be in January 2015.

Heller's attorney Jeremy Saland told E! in a statement: "Ms. Heller welcomed the dismissal of the stalking charges and looks forward to moving past the allegations and obtaining a non criminal resolution when the case is finally closed."