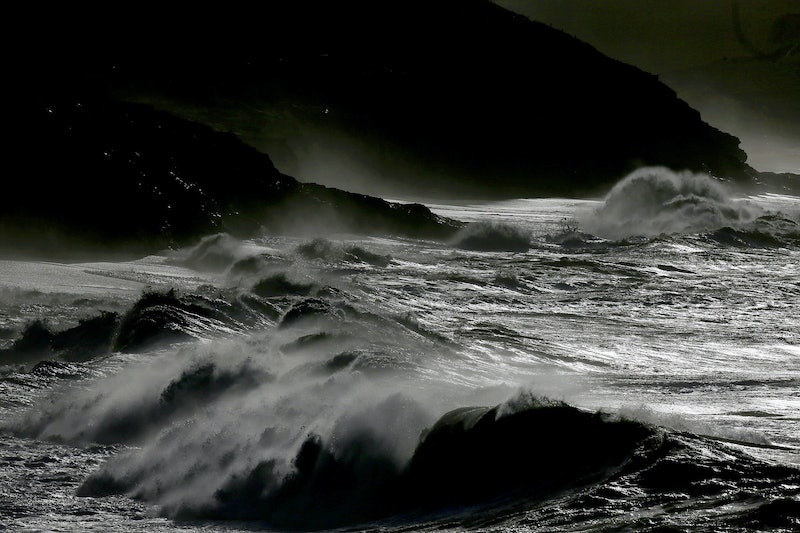 Seven months later, Malaysia Airlines Flight 370 is still lost somewhere in the Indian Ocean. CNN reported Wednesday that researchers, along with the Australian government, are blaming the expansive, unexplored ocean floor for delaying the discovery of the Malaysian plane. That plane — and its 239 passengers — are still nowhere to be found. Australia has now arranged for three ships to do detailed sonar sweeps of the search area.

CNN reported that the GO Phoenix search vessel arrived in the search area Sunday evening. It'll start working the area, along with two other ships, later this month. The Australian government, which is setting aside $52.8 million for the search, is preparing for this phase to take up to a year. They've been able to narrow down the search area to 23,000 miles, which is basically the size of West Virginia.

However, this particular piece of ocean floor was completely unexamined prior to the plane's disappearance, which is no surprise — considering we've only ever seen less than one percent of the floor. Ever.

You read that right. After centuries of studying the ocean, oceanographers say we haven't even seen more than one-hundredth of the floor – meaning Australia is searching for a needle in a massive, dark, mysterious haystack. The government also isn't totally sure if they're looking in the right place, or what precisely they're looking for, which doesn't help.

An oceanographer from the Scripps Institution of Oceanography told CNN part of why we know next to nothing about the deep ocean is because it's very difficult to reach. Basically, we just haven't developed the technology to withstand the sheer amount of pressure down there.

Every 33 feet in the deep ocean brings the pressure up by one atmosphere, and the deepest part of the ocean is a staggering 35,758 feet down. I'm not great at math, but I can tell you that's a whole lot of pressure.

If they find the plane in this search area (and that's a big if), Australia will then have to make extensive plans for how to reach the wreckage. Not only is the ocean too deep for available technology, but also the location is remote: miles and miles away from any landmass where supplies could be acquired. Needless to say, the answer to what happened on March 8 is still very far away.

The plane went missing over the Indian Ocean after air traffic controllers lost contact with it somewhere between Malaysia and Vietnam. It is believed the plane continued to fly south until it ran out of fuel, crashing into the Indian Ocean. Investigators believe there may have been foul play on the pilot's part, but that's still undetermined.