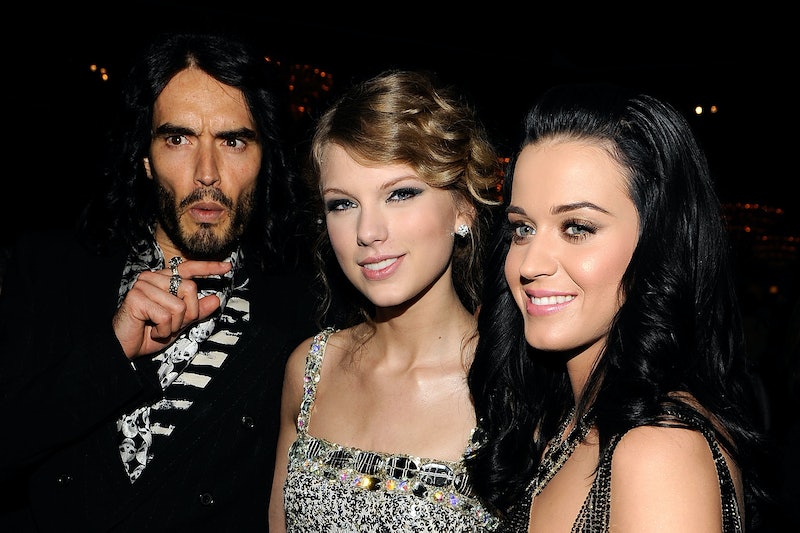 In my MFA program, there are just as many men as there are women. And that’s pretty excellent; I applaud the program’s director and his choice to establish a balanced environment. With that said, my field is highly competitive. Something like .05 percent of poetry manuscripts get picked up, so we all understand that maybe one out of the 30 of us might sell our book to a publisher, and even then, the chances are low. The realities of a master’s in creative writing are grim, but you probably already knew that.

Last spring, I took a class with the founding editor of a major press. She said something I had never really thought about. She told us, not verbatim, “Women are terrible to each other. They will not help you with your career. And you want to know why? Because they struggled to get to where they are, because they are competing with men, because it is still, unfortunately, a man’s world. So now that they have what they have, they’re not going to share it with you. Men are so much more likely to help a buddy get a job because they know they won't have to really deal with competition.” So is this true? Do women treat other women unfairly because we’re in this fucked up race to the top, and helping each other will just impair our chances to succeed?

It’s depressing to think about. And I’ve been lucky to work in positive environments that bolster women and encourage them to seek success. But the poetry realm, for instance, doesn’t really have that kind of female positivity. In the poetry world (and literature institution in general), a woman is often described as a “female poet” or “female writer,” often reducing our work down to the cringe-worthy “chick lit.” You don’t see “male writer.” You just don’t.

Obviously, this model can be applied anywhere. Law firms, the education system, our close group of friends. Women can be awful to one another. Not always, but it happens a lot. And not just because they feel like their jobs are being threatened. It can also be because they feel that other women are out to steal something from them: their partners, their looks, their style, their hobbies. In Bad Feminist, Roxane Gay says, “Abandon the cultural myth that all female friendships must be bitchy, toxic, or competitive. This myth is like heels and purses — pretty but designed to SLOW women down.” But what if the myth has become actualized?

Let’s actually destroy that myth, or at least try. Here are some things that we really, really need to stop doing to each other:

This should go without saying, but sadly, it needs to be said. Here's the thing: There was once this nonsense idea fed to women that there is only "so much" room for women at the top of any professional ladder. This was a lie fed to us so that we would see each other as enemies all fighting for the same limited number of spots, rather than allies who can help each other start running things. This, in short, is a giant lie.

If we see a woman doing well and advancing in her career, let's not think about ways we can stop that from happening. Let’s say you totally loathe your coworker. She’s mean. She's annoying. Whatever. But let’s say she gets a promotion instead of you, and you were clearly in the running. This doesn’t mean you should find some way to destroy her; it means you need to amp up your personal and professional game. Destroying others when you could be working on yourself and your goals is a waste of time for everyone.

I seriously want to barf when women say “grown-ass woman” when trying to tear another woman apart. Awhile back, I wrote an article where I suggested donating shirts you never wear because the buttons are missing. Totally innocuous, at least so I thought. I had not one comment, but at least a dozen of comments from women, freaking out because I suggested doing away with a shirt with a missing button because “GROWN-ASS WOMEN sew buttons back on.” And sure, maybe I should learn to sew. But does not knowing how make me less of a "grown-ass woman"? And that’s not the first time I’ve experienced women attacking my work not because of the ideology or writing itself, but because I wrote about a personal decision. The point is that we are all “grown-ass women.” Don’t use that term when you want to make another woman feel badly about herself.

3. Using the term “basic bitch,” but actually considering yourself better than “basic bitches”

I seriously have no issues with basic bitch articles. I think they’re hilarious. In fact, I identify with them. That’s what makes them fun. They poke fun at the silly things we do, whether it’s taking a selfie with our brand-new cable-knit sweater (guilty!) or making sure we have glittery accent nails at all times (I freaking love glittery accent nails). I write and read these articles knowing that I’ve done many of the things listed. In no way, shape or form am I looking down upon women who love a steaming hot PSL, and I don't think the writer is looking down upon these women. But if you’re going into the whole “basic bitch” literature with a negative mindset and decidedly place them in a less-than category, then you’re going about the basic bitch trend the wrong way. I think there is totally a correct way to celebrate your inner basic bitch without bringing women down.

4. Subtweeting (or actual gossiping, the pre-Twitter subtweet) when you should really be having a one-on-one discussion with someone

To be totally honest, I had no idea what subtweeting even was until like, a month ago. I had to look it up on Urban Dictionary. It’s like a shade we throw at particular people when we’re pissed off about something they did, right? That’s been going on since AIM away messages, aka, the glory days. I’m still kind of unclear about the whole thing, but what I have seen (and what I’ve been guilty of doing, too) is tweeting about an issue we have with someone, when we could be vocalizing said issue in a more diplomatic, less inflammatory way. The entire thing just seems unnecessarily sneaky, and I don’t see the benefits in blasting a person publicly, when it can be done in a more personal, private manner. Squeezing our assertions into a 140-character box just ends up being ineloquent, anyway.

Feminism is not a sport, it’s not something anyone can be “good at.” If you believe in the equality of men and women across the board, you are a feminist. Maybe the only way someone can be a "better" feminist than someone else is if they actually understand how gender inequality manifests in all different parts of life, and makes a personal effort to undo those imbalances and advocate for true equality. But it doesn't mean you have to hate men. It doesn't mean you have to deny the part of being a woman that you love (where did we even get the idea that that's necessary?). And if you're using some feminist ideal as a way to measure how "good" of a feminist someone is, then you're missing the point. If you love men and think they’re awesome, you can still be a feminist, because remember: Feminism and misandry are not the same. Feminism is not a competition.

6. Shaming women for how they spend their money

I’m really into makeup, and sometimes I’ll browse through makeup blogs and posts on product reviews and whatever. In the comment section, I’ll sometimes see responses like, “Why would a woman spend $50 on lipstick, that’s stupid.” And at first I’m like, “Huh, $50 is a lot.” But then I realize, so the fuck what? Women are not less intelligent because they are choosing to buy something they want with their own money. Calm down. Let folks live. Caring that someone spent $50 on makeup is a hell of a lot more lame than spending $50 on makeup.

7. Reasoning that if a fellow woman got a promotion, it’s only because she had sex with someone

Just no. End of discussion.

8. Saying “her boyfriend could do way better” when referring to a woman’s looks

Not only is that super mean, but you’re also trying to place yourself in a position of authority. You don’t get to decide why someone dates someone else. Plus, you're perpetuating the idea that a woman's value is only based on how closely she adheres to some arbitrary physical ideal our society holds, and you really should not do that.

Obviously, if your best girlfriend sleeps with your guy, you have every right to scream and yell and delete her from your life completely, or at least temporarily — it's your prerogative. That kind of betrayal warrants anger, for sure. But if you're both single and looking for action, this shouldn't turn into a competitive reality TV show. Or if your friend has a boyfriend and you don’t, and you allow your jealousy and frustration to get in the way of your friendship, then you’re doing this whole friend thing wrong.

10. Not being supportive when your girlfriend gets a new job

Sure, it may be mega painful on the inside to see your friends succeed in ways you haven’t yet, but to be outwardly negative and weird about it isn’t going to make you feel any better. It’s GREAT that your friend got a new job or promotion. Try your best and feel happy for her, even if you're just putting on the best show ever. This doesn't mean you have to deny your own feelings of wanting things for yourself, but tend to those separately. Actively work to create space in your mind to be filled solely by happiness for your friend. That's part of being a good friend. It's generous. You are giving them that space in your mind. Your turn will come, and you’ll want the exact same thing.

11. Not being supportive of your friends, period

Engagements, incoming babies, new outfits, publications, whatever important milestones or events that your girlfriends may be experiencing deserve applause, especially from their friends. Make other women feel good about themselves. It’s not validation; it’s contributing to a healthy community of women in which you belong. Like Roxane Gay said, if we’re mean to one another, we are just slowing each other down. And nobody’s got time for that.