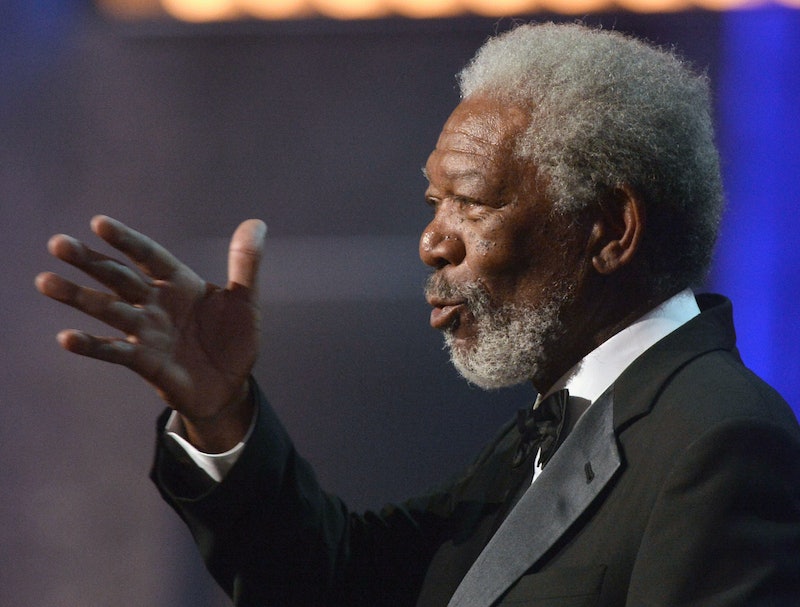 Three Tampa schools are on lockdown and local residents are advised to stay indoors while police investigate shots fired in the area.

The artist who painted satirical portraits portraying Russian politicians like President Vladimir Putin and Prime Minister Dmitry Medvedev in ladies' lacy little things is reportedly fleeing the country after authorities removed his paintings from a St. Petersburg museum. His mistake, because they were actually kind of flattering.

Sure, it's only enough cash to compensate for a few overpriced smoothies, but outraged natural foodies can now file a class action lawsuit against Naked Juice for up to $45 each! Turns out those things are not "all natural."

New Yorkers were shocked to see yet another shakeup in the NYC mayoral election, as the polls shifted overwhelmingly in candidate Bill de Blasio's favor. He's up to 40 percent, with once-frontrunner Christine Quinn barely beating Bill Thompson for second place with 21 percent. Meanwhile, Anthony Weiner (8 percent, by the way) is reportedly paying actors to show up at his campaign events. Boo freakin' hoo.

And in another kind of mayoral shakeup, San Diego's city council is scrambling to prepare a special election to replace resigned pervy mayor Bob Filner.

Okay, I know I'm hardly old enough to be grumbling about "kids today." But are you serious ?

And if you're more in the mood to make fun of my generation, check out these 'NSYNC titles reworded for today's 20-somethings.

We've all seen bacon cupcakes, bacon brownies, and bacon ice cream — but a bacon-wrapped car? Now, that is something special.

We would like to extend our deepest thanks to Sir Patrick Stewart's half-his-age fiancée for sharing this inside look of their cozy, stoned Brooklyn treehouse lives:

And yes, children, dreams do come true, and Morgan Freeman will read the Oxford Dictionary definition of "twerking" aloud for you. Just think of it as the best bedtime story ever.

More like this
Prince William Condemns “Unacceptable” Comments Made To A Black Guest At Buckingham Palace
By Shahed Ezaydi
Matt Hancock Broke a Major Rule With I’m A Celeb
By El Hunt
Dolly Parton Joins TikTok & Debuts A Song About Baking
By Jake Viswanath
What Does “The Rizz” Mean On TikTok? The Viral Slang Term, Explained
By Alexis Morillo
Get Even More From Bustle — Sign Up For The Newsletter