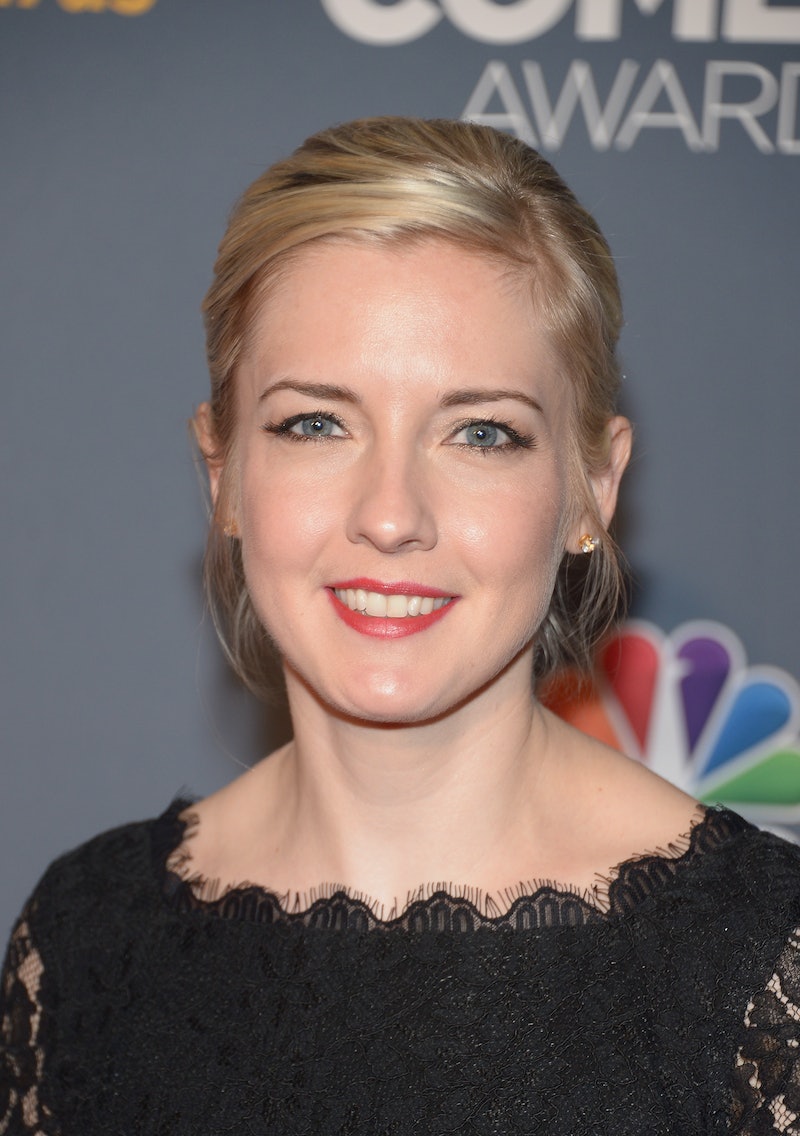 The upcoming Ghostbusters re-boot is officially the stuff that dreams are made of. Katie Dippold who wrote The Heat , has just signed on to co-write the script with director Paul Feig. The film hasn’t even been cast yet — though Bill Murray has given his two cents on the whole thing — but I have complete faith that the powers of Dippold and Feig will do us no wrong. The project seems to really be rolling ahead after a few setbacks including the sad loss of original star and writer Harold Ramis. Following his death, Ghostbusters director Ivan Reitman quit the project. It almost seemed the film would never be made, that is, until Paul Feig signed on.

Though it would have been incredible to see the original Ghostbusters team re-assembled, the new film, which Feig envisions as a brand new series, really has the potential to be something special. Dippold’s writing career is less than a decade long, but she’s already created one of the most successful comedies of the past decade and writes for one of the most critically-acclaimed series on network television, Parks and Recreation (Which means we are THAT much closer to Amy Poehler starring in this project). Dippold writes stories and characters that are changing the way women are regarded in the media. Having her signed on for Ghostbusters is only going to expand her already impressive resume in the field of “Annihilating the Boys’ Club in Hollywood, One Project at a Time.”

Feig, who also directed Bridesmaids, has a knack for working on projects that expand people’s minds on “what’s funny to women” and simply “what’s funny.” When Bridesmaids was released in 2011 it was too-often received as a “female comedy” rather than simply just a comedy. News flash, moviegoers, a comedy starring women is not JUST a comedy for women. Trust me, you can laugh at and with women, it’s really okay. I remember seeing that movie for the first time, seeing every women I have ever known in it, especially myself, and feeling like the argument about women in comedy would finally be put to bed. Unfortunately, all of its pink hues were still met with some stubborn resistance.

Then The Heat happened, which Feig directed and Dippold wrote, and it blew the door right off its hinges. Dippold took the buddy cop comedy and not just perfected the genre, but completely defied its expectations. It had everything dude comedy is rife with — bad language, potty humor, it even had explosions and guns! It also starred two women who were equally complex and hilarious. It grossed $230 million worldwide.

Now with Feig and Dippold back together for Ghostbusters, its potential to stretch and skew women’s roles in comedy (both on and off screen) will only continue to grow. Ghostbusters when I was growing up was a movie that boys were supposed to like. The toys were in the boys section of the toy store, even though I still played with the toys and drank endless boxes Ecto-cooler. With the upcoming reboot with a female cast answering, “Who ya gonna call?” — I can’t help but wonder where those toys will find themselves in the aisles. These new characters sure as heck aren’t going to be in bubblegum pink jumpsuits and complaining about getting ooze on their manicures.

I couldn’t be more excited for this partnership with Feig and Dippold. Between the two of them, they’ve taken a traditional rom-com and turned it on its head and destroyed the gender barrier in a wholly male-dominated genre of comedy. I can’t wait to see what happens when they (finally) write a new sci-fi comedy starring women. And no, it won’t be “a sci-fi comedy” for women, it will just be one damn good comedy.

To take a look at all of Dippold’s work in destroying the Boys’ club of comedy, let’s take a look at some of her fantastic work which also includes MadTV, Comedy Bang! Bang! and the weird and wonderful Fat Guy Stuck in Internet:

Yes tape faces in all their freaky glory!

Thank you Katie Dippold, for giving us this window into the mind of April Ludgate.

...And for these magnificent nicknames!

...And for proving that Paul Rudd is charming no matter what.