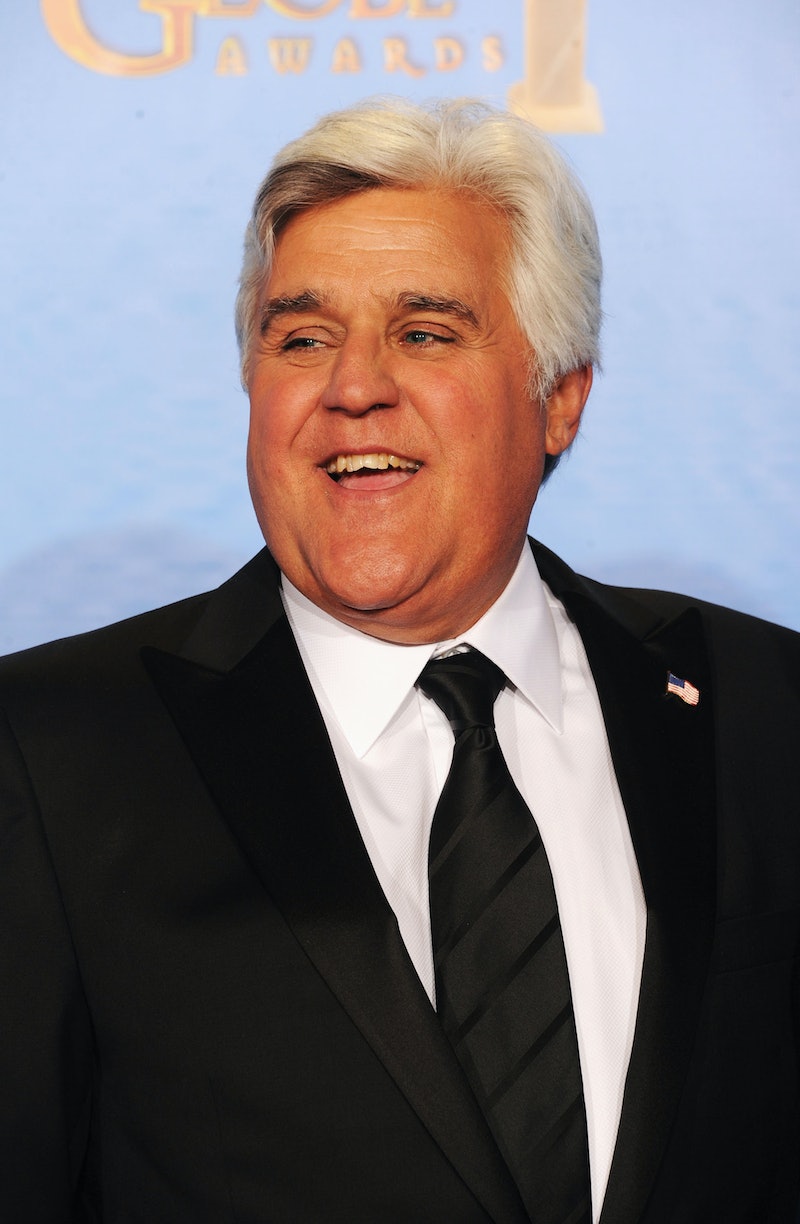 It's not a new late night show, but it looks like Jay Leno could be back on television very, very soon. According to The Hollywood Reporter, former The Tonight Show host Jay Leno is nearing a deal for a new primetime show on CNBC, which would potentially focus on the one other area of life apart from hosting late night shows that Leno is super passionate about: Cars.

If you're not familiar with Leno's car obsession, it's ongoing and widespread: According to an LA Times article from July, Leno has about 130 cars in his own personal garage — and I mean, he owns them all — on top of 93 motorcycles, and he also has an NBC web series called Jay Leno's Garage that focuses on showcasing them all. So, you know, it's safe to say he's pretty qualified to get a show about how much he loves them.

According to Vulture, different networks like CNN and History have been attempting to pick-up this series, but Leno is currently in final negotiations with NBC network — which makes sense granted his history with the network, and the fact that Jay Leno's Garage is on NBC.com. Whether or not the show will be a version of that web series remains to be seen, but it's highly possible.

No premiere date has yet been set, but it will be a regular series.