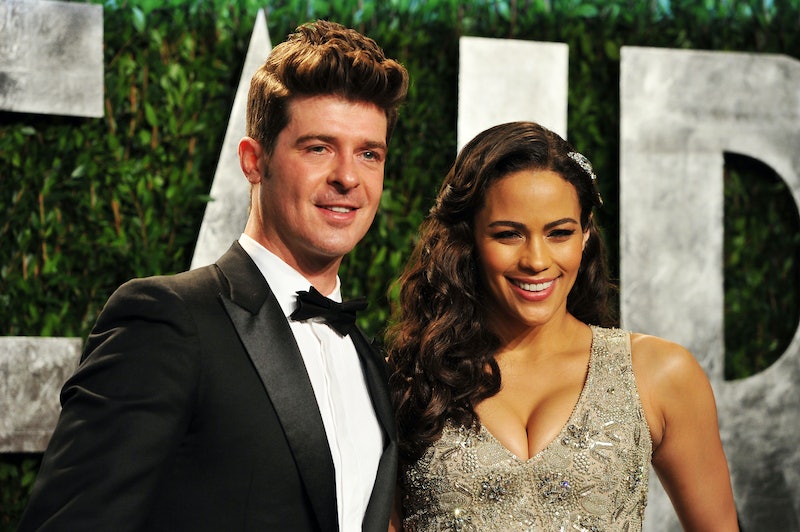 Another chapter in the supremely weird couple of years Robin Thicke has had is coming to an end: Paula Patton has finally filed for divorce from Thicke. Let us all breathe a collective sigh of relief that Paula did not seem to sway her back in his direction. Let's just call that a win for everyone.

Thicke's attempts to win Patton back were pretty blatant, given that he released an entire album named after here with a lead single titled "Get Her Back." Sample lyrics:

Alas. Thicke's efforts to get her back after his reported and public infidelities were, as noted, unsuccessful. Turns out creepy music videos aren't the best swaying tactic. As Jessica Valenti wrote in The Guardian, the video "features real SMS messages sent between Thicke and Patton, interspersed with images of violence, and ends ominously with a shadowy figure walking off into the distance with these words: This is just the beginning."With the official end of this union also comes, obviously, the sorting of their lives and the things they shared. So what's happening with their four-year-old son, Julian? Patton's filed for joint custody, so supposedly they will be sharing those duties.