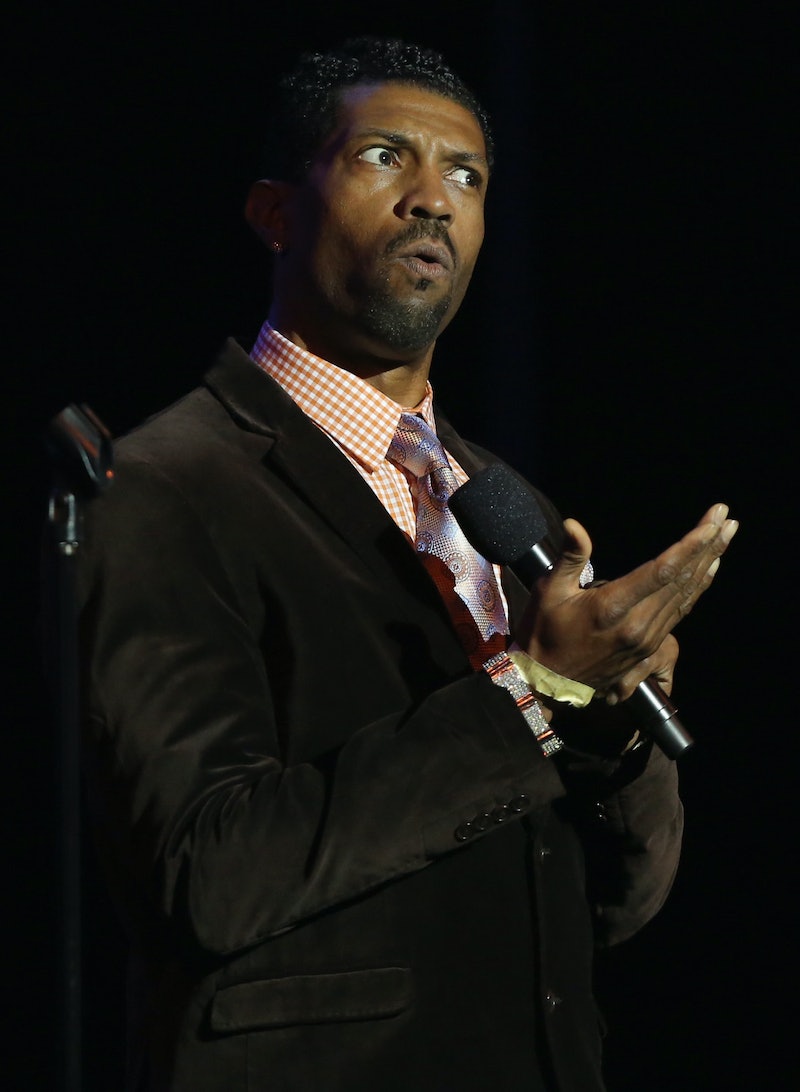 Black-ish still feels a little forced, but it's still doing better than, say, the second episode of Selfie, which all but eliminated any of its minor goodwill. As with last week, the two side stories are somewhat weak, especially when they both culminate in a montage set to Pink's "Get this Party Started," a musical cue right out of 2002. But the main story makes up for it, and the best part was Deon Cole, a standup comedian best known from Conan , playing Charlie Telphy, the recently added high-level black guy in Dre's office. And as Dre slowly realizes that Charlie is the only hope for Jr. to make a black friend at school, he also begins to realize that Charlie is out of his mind, and that just because they're both black doesn't mean they have any obligation to be friends.

I can't say I have any personal experience doing "the nod," but that's probably because even when I wasn't working out of my living room, I've always been way too awkward to make eye contact with anyone. But that doesn't mean I haven't heard of it — it's something I can imagine my dad getting mad at me about, if he was a sitcom character instead of a reasonable person — and it does seem to be a relic of an older generation.

But the motivation behind "the nod" is a relatable feeling — anyone who's been confused with that one other person in the office who vaguely has the same demographical breakdown, be it "black guy," "blonde with short hair," or "human with glasses" (this one has happened to me way too many times) feels the same mix of annoyance at the confusion and vague camaraderie with your version of Charlie Telphy.

As Dre is forced to admit to himself, two black people don't necessarily have anything in common (especially if one is a crazy person), but with so much discrimination out there, it feels nice to acknowledge someone who has maybe experienced similar things. It's taken to an extreme because duh, this is a comedy show, but this episode feels like it stems from every pointed introduction or blind date setup that was seemingly only motivated by shared race or cultural background. And Cole is great at playing the forced friend from hell, showing up to dinner with a wrist corsage, offering to share soup, and giving a convincingly creepy wide-eyed stare as Charlie and Dre have a conversation at the urinal.

Overall, this was probably the funniest episode, even if black-ish could still use more hard jokes and a little fewer Anthony Anderson reaction shots. There was a solid amount of laugh that largely came from Laurence Fishburne (the most reliable sitcom guest star so far this season) and Cole as Charlie. Unfortunately, the tag, with Jr., Pops, and Dre proudly catcalling together, is in terrible taste. It's just gross. After spending an entire episode realizing that surface level similarities don't breed real connection, why do the three guys have to bond over being sexist jackasses? Yeah, they're not visibly bothering the women or aggressively yelling at them, but it doesn't feel like that attitude should be proudly handed down generation to generation. I would have rather seen Pops teach Junior how to perfect his butt scratch.