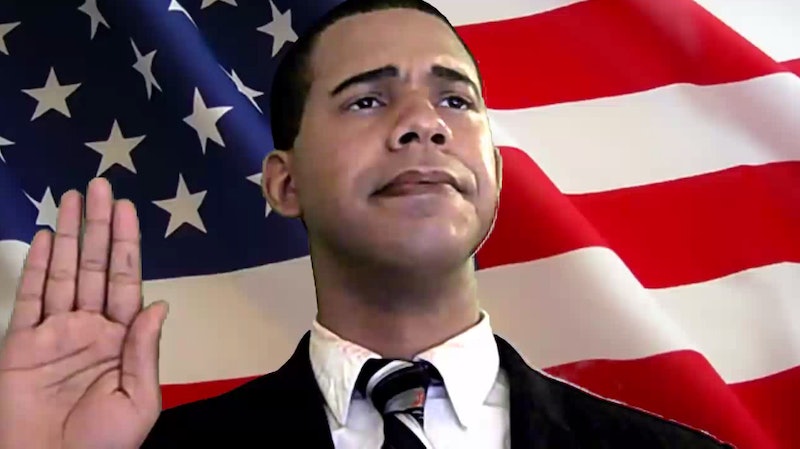 Hilarious Vine and YouTube star Iman Crosson (also known as "Alphacat") has been around for quite a while, but if you've somehow managed to miss out on the actor's collection of amazing impressions and six-second clips that are guaranteed to make you burst out laughing, then prepare yourself now. Crosson has been making videos since as early as 2008, and started gaining a following when he uploaded a video of himself impersonating President Barack Obama in a spoof of T.I.'s hit song, "Whatever You Like." His voice and facial expressions mimicking the President were dead-on, and from there his most famous YouTube character was born.

32-year-old Crosson, a Dayton, Ohio native, was a college dance major and honed his Obama impression while he waited tables and tried to make it big in New York City. Once his version of the President went viral, it was clear he had something special, and he ended up moving to Los Angeles to try and break into the Hollywood scene. In an interview with the Daily Intelligencer, he said,

One thing that has been important to me is to make it funny without making it profane or obscene. My ultimate hope is that Obama will see it one day and laugh.

Thanks to gaining a massive 2.9 million followers on Vine and even more on YouTube, all of the attention definitely caught the President's eye.

Crosson's spoofs of popular songs from chart-topping artists like John Legend, Drake, Nicki Minaj, and DJ Khaled are just as good as his Obama bit, and absolutely deserve a watch. Not only are they funny, but it's clear that the guy has major talent, since the videos are edited to a T and have plenty of extras that take it from being a basic YouTube video to something that his hundreds of thousands of followers will love and obsess over.

He frequently collabs with other popular Vine stars like King Bach and Alphonso McAuley, and as far as Vine standards go, he's a household name.

Despite his social media stardom, Crosson hasn't forgotten his acting roots. In 2013 he starred with fellow YouTuber Danny Grozdich in the indie film, Along The Roadside. As for now, according to IMDb, Crosson is set to have a role in The 7th Day , a horror movie. Crosson shared photos from set on Twitter back in August. So, could there be a transition to a silver screen career for Crossman? Let's hope.