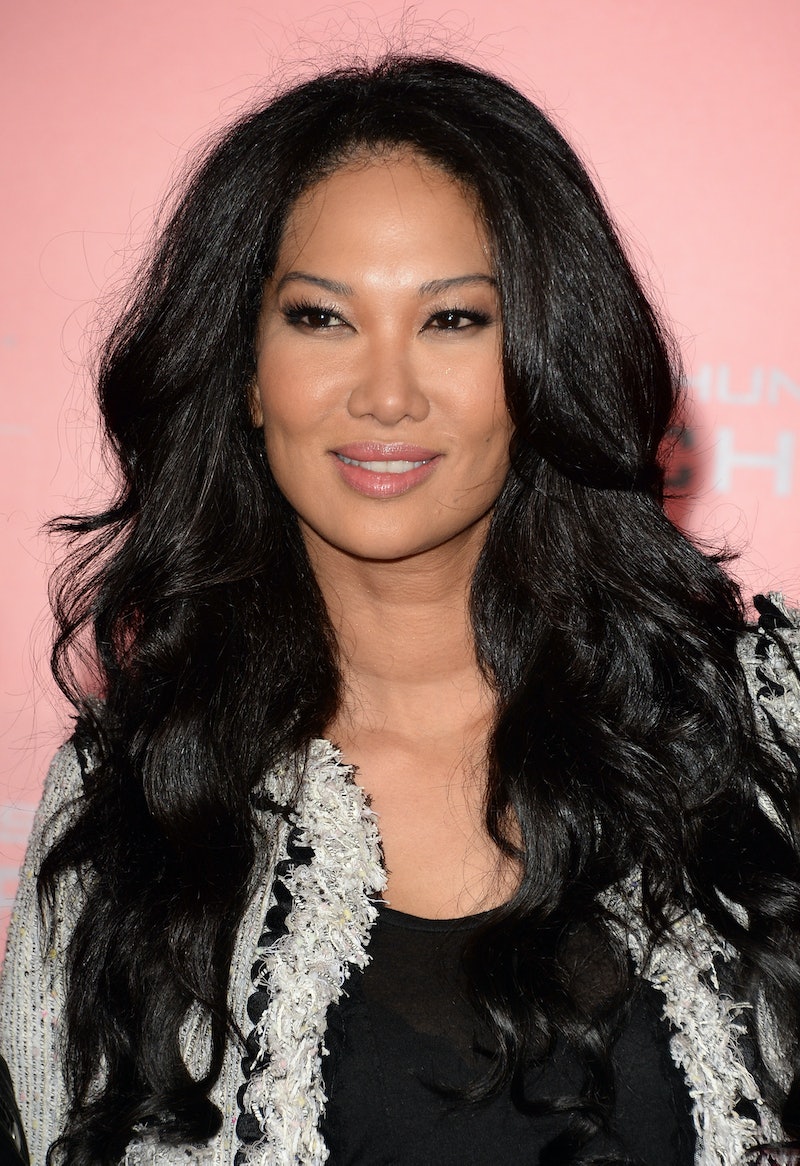 Here's some upbeat, happy news to brighten your day: According to Us Weekly, designer and former reality star Kimora Lee Simmons may be expecting her fourth child. This would be her first child with her new husband, investment banker Tim Leissner, after the duo announced that they had secretly wed earlier this year.

Simmons is said to be overjoyed, and the rest of the family — including her two daughters Ming and Aoki, and son Kenzo — is "ecstatic."

Though the couple themselves hasn't spoken out about the news — meaning this is still a rumor — it was confirmed to People by a source close to the couple: "It’s true. Pregnant, happy – so far so good...[She's] cautiously optimistic. [The] girls are ecstatic."

Simmons was previously married to Def Jam co-founder Russell Simmons between 1998 to 2006, and the couple share two kids together — Ming and Aoki. She also has a son, Kenzo, from a previous relationship with Blood Diamond star Djimon Hounsou.

No official word on when the baby is expected — considering the couple was able to keep both their wedding and this pregnancy under wraps for such a long time, they're clearly good with the secret-keeping — they's but the New York Post is reporting that Simmons is currently about four months along. Congrats!