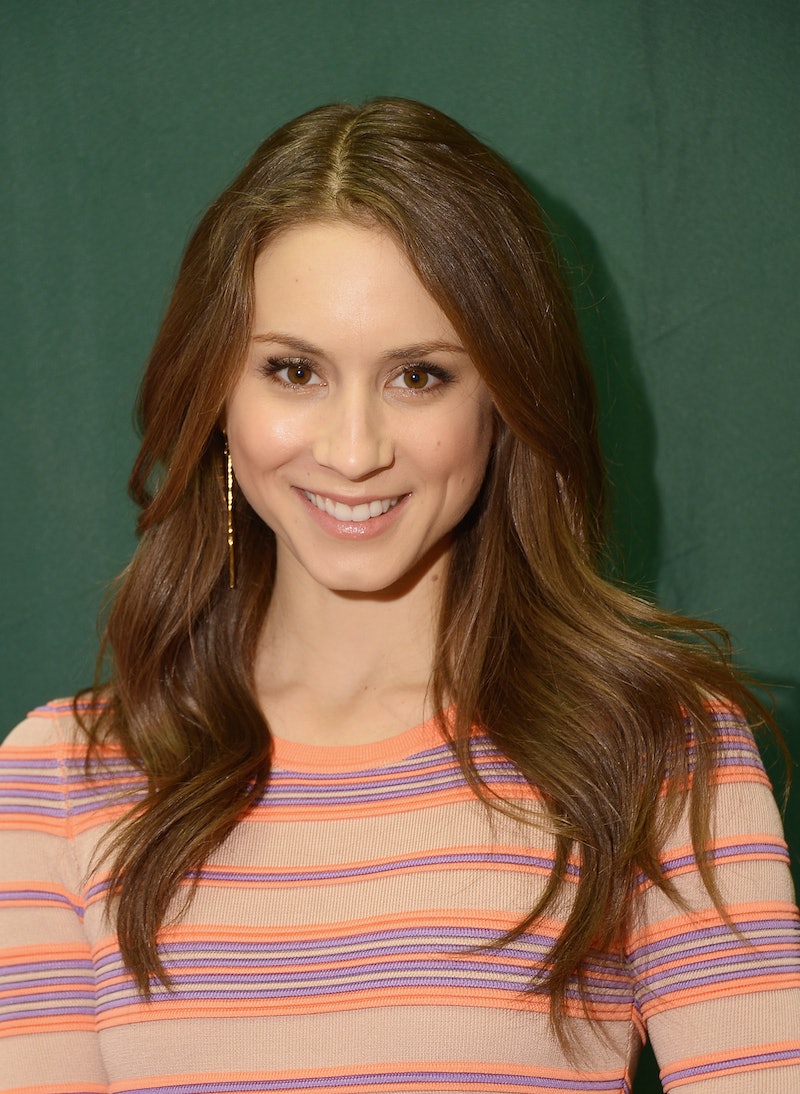 Cool news for fans of Suits and fans of adorable couples. According to a report in Variety, Pretty Little Liars star Troian Bellisario will guest-star on an episode of USA's Suits , which just so happens to star her real-life fiancé Patrick J. Adams. Even better: The two will portray love interests in a series of flashbacks. This makes a lot of sense, when you think about it — based off of the ridiculously cute Instagram photos he's always posting of her, their chemistry is the kind that even acting can't hide.

As for their characters — sadly, they don't seem to be the kind of fated soulmates that Bellisario and Adams are in reality. Instead, Bellisario will play Claire, an "idealistic law student and volunteer at a social services law clinic" who meets Adams' character Mike back when he worked as a bike messenger. The two begin dating, as hot people do, "but things get complicated when Mike tries to help with one of Claire’s cases...the result causes him to question the trajectory of his life." Though there's clearly drama ahead for the two of them, at least the whole dating each other part is something they're clearly good at.

Although it sounds like she'll only be appearing in flashbacks, this is still an exciting development. Bellisario has spoken before about appearing on the series, as seen in this E! interview a few years ago: "It was kind of a funny thing where I was like, 'Oh, I guess I'll be the new fax girl, or I'll be like, the pizza delivery boy.' It just became kind of a joke, like, 'When am I going to show up in Suits?'" she joked. "Then Patrick called me, and was like, 'Actually, Aaron wrote this role he really wants you to play,' and I was like, 'Oh really, so it's happening? OK.' So then it happened, and it was working out our crazy schedules and they were really accommodating, so I'm gonna do it!"

Bellisario will appear in the second half of season 4, which is set to premiere on USA sometime next year.