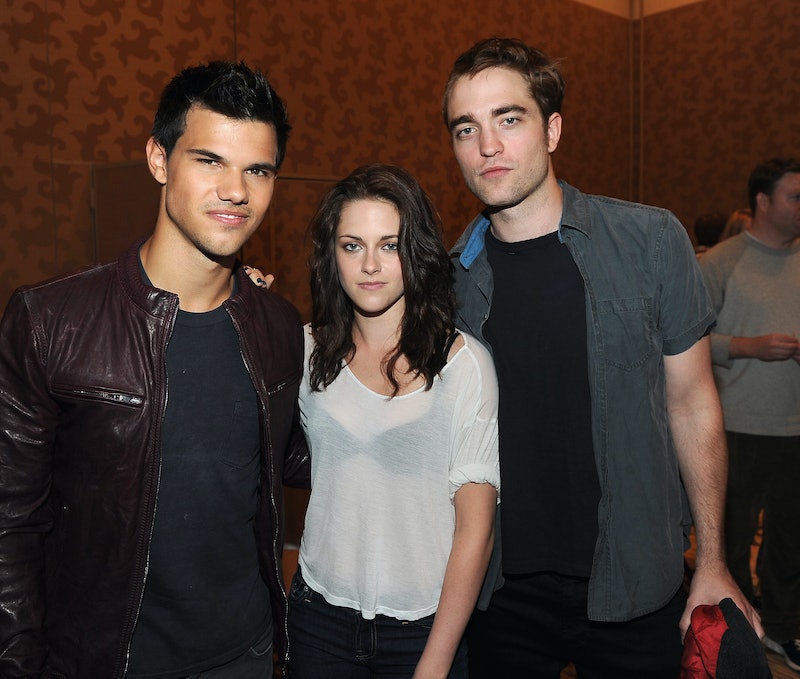 Being the single friend to coupled people is an interesting position to be in. I'm in a happy relationship right now, but I've been the single friend too, and it's a strange feeling you get when you're simultaneously as happy for your paired off friend as you are annoyed at their happiness. It's not that you want your friends to be unhappy — you would never, in your wildest dreams wish unhappiness for your friend — but you're not perfect, and frankly there are certain things about your friends being coupled off and loved up that you find really irksome. Calling each other intimate pet names in public is one. I'm not talking generic pet names like "babe". I mean, like "baby boo-boo titty fuck cream pie love". You know, really disgusting, intimate couple pet names (disclaimer: not a pet name I have used or ever heard being used, but feel free to take it if it so inspires you.)

There's a definite train of thought that one experiences when confronted with a friend in a new relationship, especially when that relationship develops into "something more". There's initial excitement, moderate jealousy, eventual nausea, passive aggressive hatred and eventually acceptance that takes you full circle back to being happy. Sometimes these feelings can happen in an instant: one story told by your friend about something sweet their SO did can slap you in the face with a barrage of conflicting emotions in an instant. Or it could be a slow roll-out of feelings over your friend's entire relationship wherein some weeks you're ecstatic for them, and others you wish you didn't even know them. In short, it's all over the place, it's complex, but it's always an earnest attempt to genuinely be happy for you (without barfing all over your happy ass.)

These are some of the many ways single people really feel about their friends in relationships:

OMG I'M SO HAPPY FOR YOU!

When your friend first meets someone they like, everyone is the happiest. Your friend is screen grabbing texts and sending them to you and everything is giggles and speculation. The beginning of a romantic relationship is also a great time for friends, because there's so much fun stuff to relay. This is a really fun time to be the single friend, because talking to you about the new relationship takes up at least as much time and energy as the new relationship itself. You're far more involved than you are excluded by this new person's presence at this point, so it's all good.

OK I'M LIKE, MOSTLY HAPPY FOR YOU, BUT A TINY BIT JEALOUS TOO

Once the initial courting period is over, however, and everyone realizes this new thing might be serious, a hint of jealously could begin to pepper a single person's happiness. Of course you're still happy for your friend, but you're nagged at by the tinniest twinge of "But why haven't I met anyone yet?" (Probably because you're asking questions like that, to be honest.) Or maybe you're super happy being single, and you aren't looking to meet anyone, in which case, you're probably asking, "Okay, but when are you going to stop talking about [new person] all the damn time?" It's pretty natural, and if your friendship is real and you're a lovely, rational person, you'll see that jealousy for what it is, and get over it pretty quickly. If you're just an insecure and jealous person who makes backhanded comments and gives purposefully bad advice, don't be surprised when you're friend wants to spend less time with you. Jealousy is extremely transparent, and is only cute for about thirty (self-aware) seconds.

SERIOUSLY, GUYS THIS IS SICKENING

Once you get over your jealous moment, everything is gross. All the hand-holding and canoodling and lovey-dovey, Meg Ryan, rom-com crap truly makes you want to hurl. And to think, you were jealous of this?

NO REALLY, GET A ROOM

A single person's cuteness-related nausea is a persistent ailment which knows no bounds. Even when it's not the predominant feeling you have, it will always be waiting there to boil up every time a story about "snookums" going all the way up town after work to get your friend their favorite [insert sweet food here] is told. Can. You. Not.

Even the happiest relationships have their conflicts. It's perfectly healthy. But as a single friend, it's often difficult to discuss the fights your friend is having with their SO, simply because any "real" advice you give could come off looking spiteful or mean once the dust has settled. Plus, as a third party witness you know the dust will settle, and your couple friends' fight is mostly petty bullshit that they'll forget in a day or two, at which point they'll revert to being just as loved up as ever and suddenly you become the miserly asshole trying to break them up. It does not make you a bad friend if you don't want to listen to the epic blow-up your couple friends had over laundry bags, but it does make you a bad friend if you don't listen. Friendship is mostly about listening to people talk about crap you don't give a rat's ass about anyway. And remember: your friend probably thinks you're boring too, but listens to your shit regardless. This is just the reality of life.

OH WAIT, YOUR FRIEND'S NEW LOVE HAS FRIENDS, AND THOSE FRIENDS ARE REALLY HOT

Then comes the beginning of the acceptance phase, in which you realize that you can actually benefit from your friend being in a relationship, especially if their SO's friends are hot and single too. It's not that you need something for yourself to be happy for your friend, but everything needs a little bit of give and take. You're now seeing your friend more often in group situations rather than one-on-one like you used to, so that group situation is going to be far more enticing when there are delicious treats for you too.

I AM DEFINITELY SO HAPPY FOR YOU RIGHT NOW

Eventually, all those feelings become white noise. If you love your friend, and care about them, you'll be happy for them in spite of your petty feelings. Because even single friends can be good friends to their relationship friends. GROUP HUG!

More like this
Are Gemini & Leo Compatible In A Relationship?
By Kristine Fellizar
Melony & Gia Prove That Couples Who Grow Together, Stay Together
By Jessica Morgan
'Strictly’s Karen Hauer Had A Good Reason To Keep Her Wedding Under Wraps
By Maxine Harrison and Frances Stewart
Are Cancer & Sagittarius Compatible In A Relationship?
By Kristine Fellizar
Get Even More From Bustle — Sign Up For The Newsletter