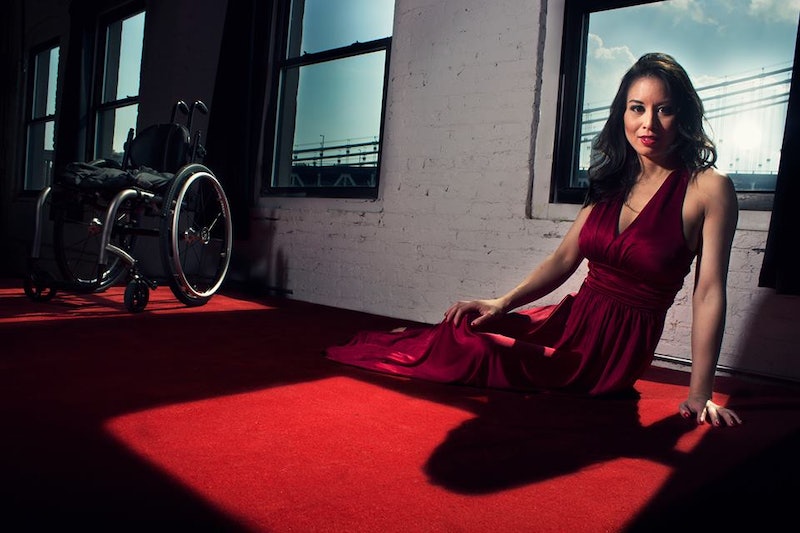 It's been 30 years since former model Wendy Crawford was hit by a drunk driver, leaving her a quadriplegic. Since the tragic accident, the now 49-year-old has become a voice for women living with disabilities — not only founding MobileWomen.org, an advocacy group and online resource for women in wheelchairs, but also launching the Raw Beauty project, a visual initiative aimed at showing that it is possible to embrace the beauty of life, despite its obstacles. Most recently, according to The Today Show, Crawford's organization partnered with the Christopher & Dana Reeve Foundation to create "The Raw Beauty Project NYC," an exhibition showcasing 20 different women with disabilities, emphasizing their "beauty, empowerment, and sensuality."

The stunning photo series features women of all ages and backgrounds with different disabilities, including spinal cord injuries, multiple sclerosis, and cerebral palsy. With the help of some esteemed photographers, these women's inspirational stories were captured and celebrated. One of them is Emily Sciaretta. In her photo, she sits in her wheelchair next to her service dog on the Brooklyn Bridge. Sciaretta was diagnosed with a rare connective tissue disease eight years ago and, despite suffering through two brain surgeries, a rare heart condition, and seizures, she is leading a very happy life. What's more, Sciaretta said that this project has given her the ability to feel beautiful. "It has added another dimension to my life that I've only dreamed about."

Not only are these photos touching, but they also help challenge traditional beauty stereotypes. That was the hope of photographer Walter Chin when he joined the project. Chin wanted to create an open dialogue about supporting women living with disabilities. “We have let these stereotypes persist for too long, and the only way to break the cycle is to show the beauty and bravery of women with disabilities," said Chin. "To me, this campaign is telling 20 stories of inspiration through the lens of a camera to encourage millions of women worldwide to join the Raw Beauty movement.”

Here are some other gorgeous photos from the project:

To see more photos from the moving series and to learn more about the project, head to the Raw Beauty NYC's Facebook page here.