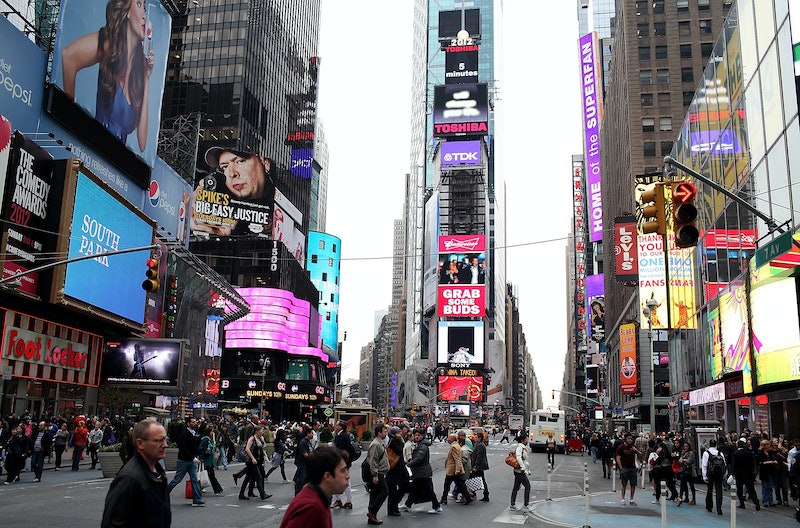 Times Square is one of the weirdest destination spots in America — after all, there's nothing really there, just lots of people and lots of advertisements blaring at each other in some never-ending positive feedback loop. But it seems that at least one type of advertisement isn't welcome in America's interactive shrine to capitalism: Pornhub's SFW Times Square billboard was taken down after just one day. Tough luck, guys.

Which actually might be kind of hypocritical, considering how many people inside the Doubletree Hotel probably take advantage of Pornhub's services every day. I mean, you're a hotel; it's a little late to worry about being associated with sex.

However, this is the age of the Internet, so even though the billboard has been removed from Times Square, it lives on forever online — which is really more Pornhub's domain anyway.

If you go to Times Square today, however, you'll only find this:

Also, don't go to Times Square. That place is nuts.

Not to be discouraged by the set back, however, PorbHub is looking for an alternate location for their billboard. It'll be interesting to see where they land.