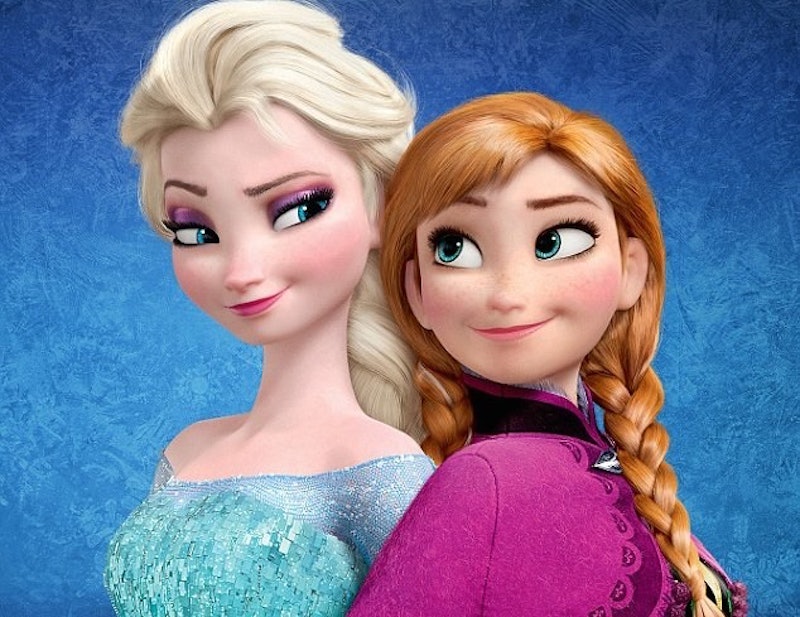 Traditional wedding season might be winding down, but brides may want to consider a somewhat icier ceremony this year. The first pictures of the Frozen wedding dress designed by Alfred Angelo have been released, and they make a winter wonderland themed wedding seem pretty darn enticing.

About a month ago, Disney announced an Elsa-inspired dress, creating much hype and excitement among cult-like fans of the hugely successful animated film. But at the time, only a sketch of the dress was released, so the rest was up to our imaginations. And luckily, fans didn't have to wait long. On Wednesday the gown was on full and glorious display, creating a blizzard frenzy when it closed the show at Bridal Fashion Week in New York City. The ice blue gown (an ivory version will also be available) is a flared sheath with a sweetheart neckline and beading to just below the waist. And it came with another surprise — a matching flower girl dress with a jeweled bodice in the same shade of ice blue, clearly making every little girl's fantasy a reality.

Disney's complete bridal collection will be on sale online and in stores starting in January 2015, with prices ranging from $999 to $1,899.

I love playing princess as much as the next girl, but for an event as big as a wedding, I'd be worried wearing the dress might end up being the adult equivalent of the time I cut myself Lizzie McGuire bangs in eighth grade — i.e. photographic evidence of why you should not emulate Disney characters in real life. But regardless, the dress is a work of art, so I'll be swooning over it either way.