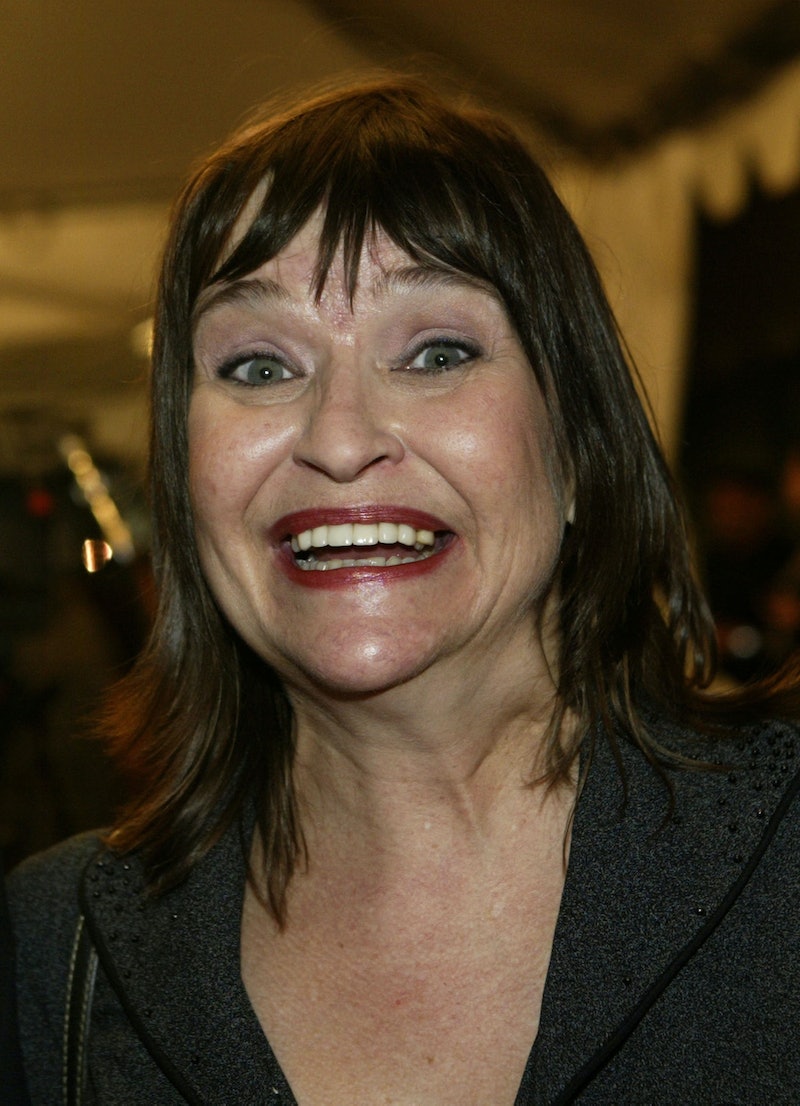 This is tragic news. According to TMZ, Saturday Night Live veteran Jan Hooks has passed away at the age of 57. Though no cause of death has been officially given, the gossip site reports that Hooks passed away Thursday morning in NYC, and that she had been struggling to battle a serious illness in recent times.

Hooks was a major player on SNL between 1986 and 1991, back when comedy greats like Chris Farley, Mike Myers, and Dana Carvey were apart of the cast. During her time on the show, her most recognizable skit was likely as one-half of "The Sweeney Sisters" (Nora Dunn played the other half) — but her impressions of Betty Ford, Hillary Clinton, Nancy Reagan, and Sinead O'Connor were unforgettable as well. After SNL, Hooks went on to a starring role in Designing Women as Carlene Dobber, followed by appearances in shows like 3rd Rock to the Sun. Most recently, Hooks appeared in a recurring role on 30 Rock as Jenna Maroney's unreliable mother, Verna.

In Hooks' honor, here's a clip of "The Sweeney Sisters" skit from SNL's Christmas episode hosted by William Shatner in 1986. She will be missed.