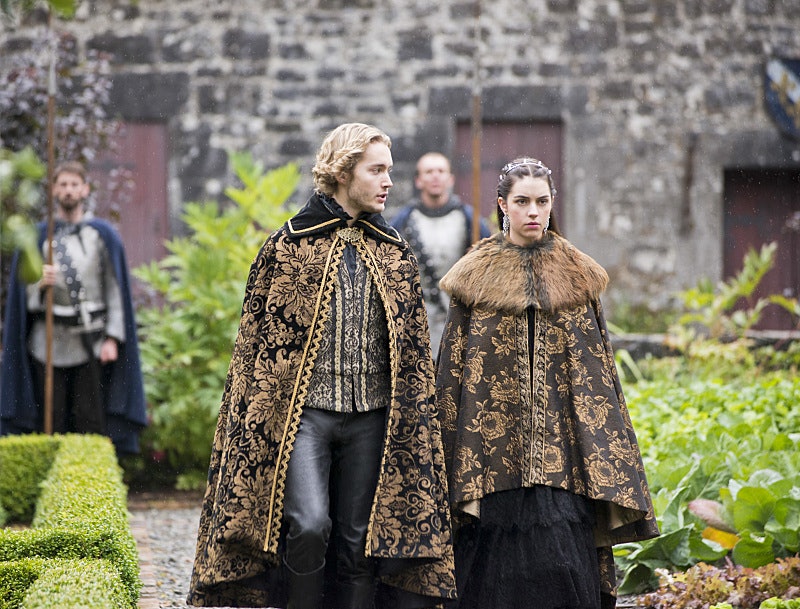 Francis and Lola are back in French court with their love child. Francis wants to claim Lola's baby, but Mary is NOT having it. Seriously, their conversation is so cold, it'll give you chills. Mary is 100 percent not having it and Francis goes into dutiful husband mode and drops it. Of course, it wouldn't be an episode of Reign without Catherine jumping in to mess with Mary's wishes, and she encourages Francis to claim the baby. There's her baseline hatred for Mary at play, and then of course there's the issue of Mary's fertility. She's been trying to get pregnant for months which is like, a million years in old-timey queen time. In the last moments of the episode, Mary finally agrees that Francis should claim the baby because she's trying really hard not to be terrible, but not being terrible is only one of the reasons Francis NEEDS to claim that kid as his own.