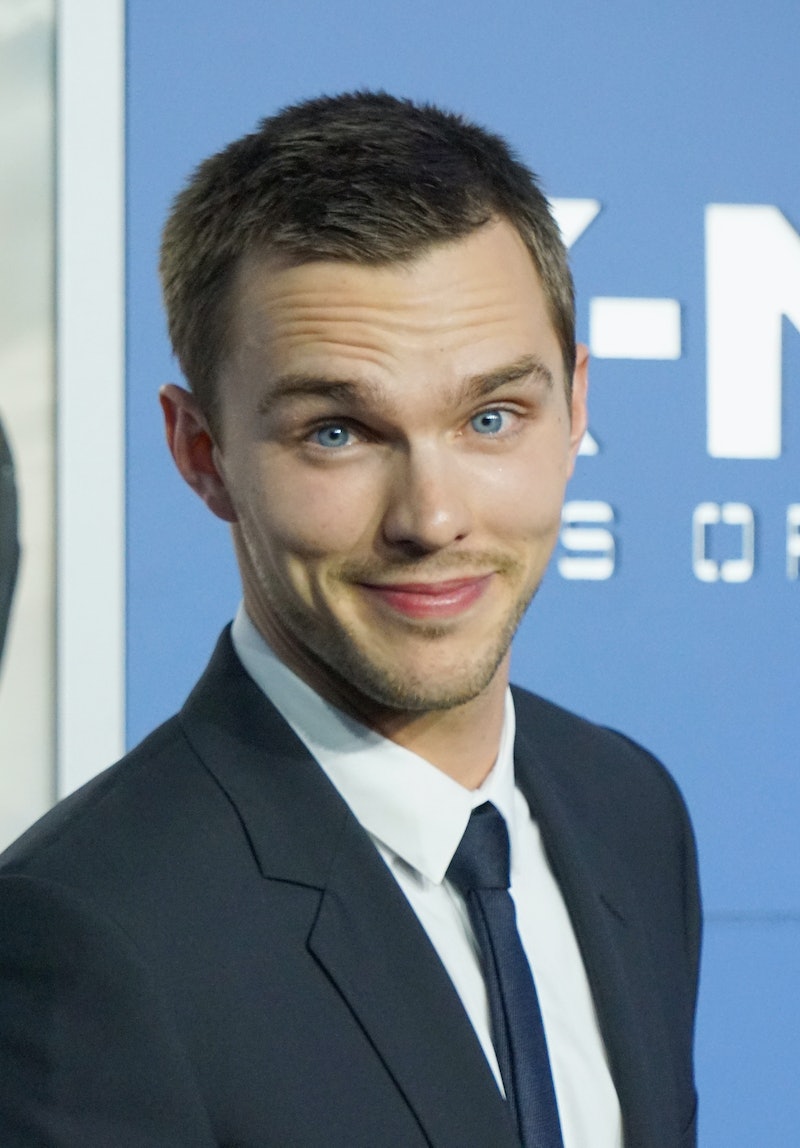 I am cringing just thinking about this. When the first batch of celebrity nude pictures were leaked on the Internet in September, it almost immediately began a still on-going discussion on privacy violation, Internet security, and the protection of women's bodies. Leading the charge has been one of the victims, Jennifer Lawrence, who spoke out in Vanity Fair about the entire affair on Wednesday. However, considering she also revealed she had taken the pictures for a long-distance boyfriend, we should have expected someone would go there. That's right: Nicholas Hoult was asked about J. Law's leaked nudes in what was seriously the most awkward interview moment ever.

Hoult was on Good Day New York to promote his upcoming film, Young Ones, when the question caught him by surprise. From one journalist to another, I have to admire the guts involved in this move. Somebody had to do it eventually and this reporter just went in for it. I already knew from the X-Men franchise and Skins that Hoult is an excellent actor, but he needs to start collecting awards for the intensely blank face he was wearing as he listened to the reporter ramble her way through her question after his initial silence. Even her partner was cringing at that one. And Hoult managed to keep cool as he answered with a simple, "It's shocking that things like that happen in the world. It's a shame."

I can't really say that Hoult should never have been asked his opinion on the leaked nudes. After all, everyone from just about every walk of life has given their opinion, unwanted or otherwise, on the scandal, showing either their support or their true characters. In fact, Hoult has more to do with the situation than most people who offer their opinions. Up until August, he was actually dating Lawrence. The real problem here is with the way that he was asked the question rather than the fact that he was asked at all. There was no need to point out that it's incredibly likely those pictures were given to him. NO NEED. Both reporters knew that even as it happened.

Still, it was very game of Hoult to still answer the question even after such an intensely awkward presentation. And it's no surprise that he was very supportive of Lawrence and all of the victims in general with his response. He and Lawrence had an amicable split and are reported to still be friends, which makes it likely that he might have been helping her deal with things in private even though they're both in different places at the moment. (All right, so that might be my inner Jolt shipper talking. Sorry, Chris Martin, but theirs is a love that will last a lifetime.) At least we know his thoughts. So. There's that.

Check out the cringe-worthy moment below.