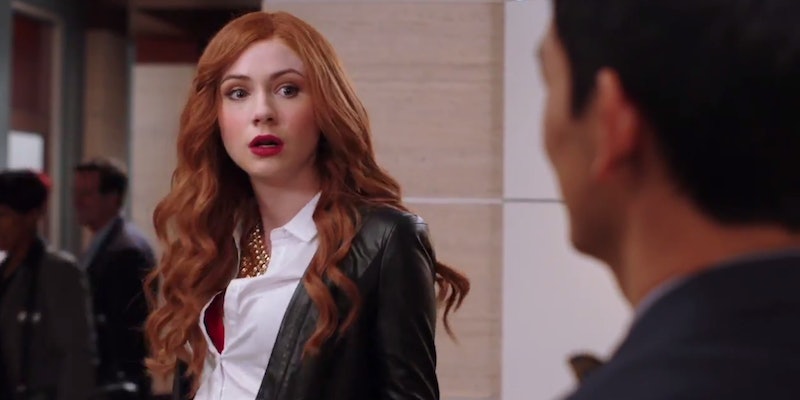 TV ratings have long been ruled over by the shady iron fist of the Nielsen system. Happy Endings, Firefly, Pushing Daisies — name a show cancelled too soon, and it's likely accompanied by the visions of network execs pouring over the numbers with frowns on their faces. Well, this year's batch of TV seems to be getting a momentary reprieve of sorts: Nielsen effed up, and a technical glitch has rendered months of ratings inaccurate. It's certainly bad news for the company, but it may be good news for long-time critics of Nielsen's place in television.

A statement from Nielsen indicats that the error started all the way back in early March and that the changes the glitch caused in the numbers had a relatively small impact on most programs, but that "in a handful of cases, the impact is more significant."

In other words, there appear to be a lot of people very stressed out over at Nielsen right now. So far, their plans to fix this include but are not limited to: Repossessing the data from all the programs this impacted from times they know it was affected, and reissuing that data with (hopefully) more accurate numbers. Time will tell if this makes any difference for new shows lik

This is a pretty big deal, considering the sheer power Nielsen's long wielded over what gets to be part of television. A mistake like this, in an era where people have already long been calling for an overhaul in light of the massively changing ways in which people watch TV? It's not a good sign for Nielsen.

Adweek's Anthony Crupi took to Twitter to discuss the errors, writing that "$76 billion in guarantees are made against a system that's only recently crawled out of the paper-diary sea and grew metered legs," and that Nielsen is hardly the television industry's only option: "There are a handful of progressive media agencies that are agitating for more accountable/all-encompassing/21st [Century] measurement."That television — most especially network television — is still so reliant on just the one company for the majority of its most crucial decision-making information does, at this point, seem a little ridiculous. That that company hasn't exactly shifted with the drastically changing times to incorporate the new ways that people watch TV — late, often on devices other than their television — is even more mind-boggling. But that that company failing to do its job even in that outdated way? That's just self-parody at this point.At the end of the day, it's unlikely any show will be doomed or saved by Nielsen's screw-up. But still. You had one job, Nielsen. One job.