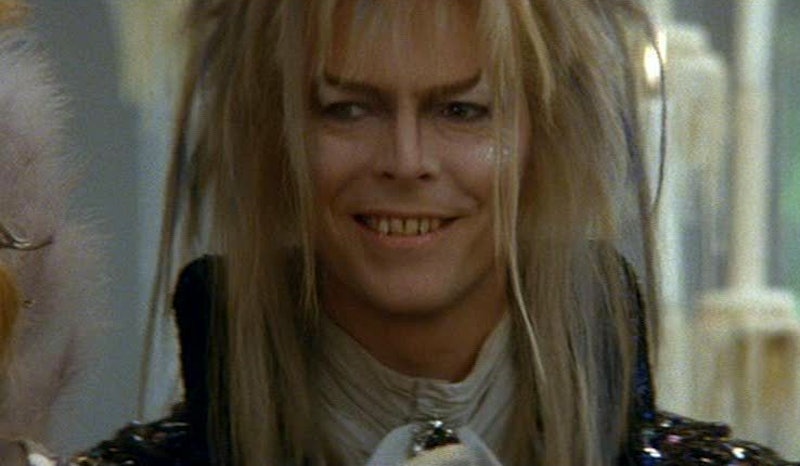 Big news for David Bowie's crotch: The Jim Henson Company's working on a sequel to Labyrinth . That's the surreal fantasy that starred Bowie, a young and ingenue-y Jennifer Connelly, lots of goblins, and some very memorably tight pants. And now, it's coming back.

It should be stressed that very, very little is actually known about the project at this point: It was just mentioned in a larger piece about something entirely different in Variety . Given Hollywood's fickle tastes, this thing might never actually make it to screens anywhere.

But it very well could — as iO9 reports, the Jim Hensen Company's got it on its roster alongside The Dark Crystal's sequel and a Fraggle Rock movie. And that's enough to get my imagination spinning.

Labyrinth is the type of film that stays with you. I may forget big chunks of the plot and the dialogue, but the images — the general milieu of 1986 bizarreness — that sticks. And the questions I have about the sequel are already coming fast and strong: Would Connelly return? Or would it be an entirely different young person altogether, maybe Elle Fanning? It's gotta have David Bowie, though, right?

Labyrinth wasn't exactly a box office success when it first came out, but it's long been a cult classic, and we're certainly in an era when that cult classicism sometimes has just as much power as box office numbers when it comes to getting projects made. I, for one, am powerfully curious as to how the modern zeitgeist will react to the comeback of Bowie's... performance.