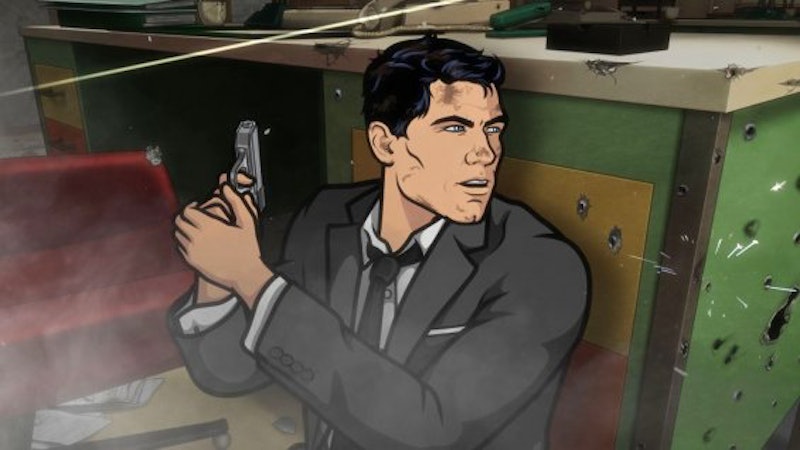 Everyone probably saw it coming in light of recent events, but the creators of Archer have finally decided to abandon ISIS, the name used for the spy agency on their animated show. As many may know, the name is unfortunately now associated with the same acronym of the terrorist jihadi group, Islamic State of Iraq and Syria — so, unsurprisingly, the series has made the wise decision to stop using it.

Although it comes as a bit of a blow to the show since they had used the title ISIS, short for International Secret Intelligence Service, since the start of the show prior to the real life group’s recent terrorist acts, it was still a smart move on their part considering not everyone watches Archer — and those that do still might be confused by the acronym's similarity.

The decision was announced just recently. Creator Adam Reed and executive producers Casey Willis and Matt Thompson sat on a panel at Comic-Con in New York this past week, where they finally discussed their reasons for discontinuing the name, as well as their plans for incorporating that change into the story.

“We quietly did,” Reed told The Daily Beast. “We were waiting for it to go away — at least I was. Back in Season 5, FX said, ‘This might be a thing,’ and I thought, ‘Maybe it won’t be? Maybe it’ll be the mole that I’m gonna ignore and nothing will happen.’ We got sort of lucky and could organically make a merger with the CIA, so we went back and retroactively painted out the ISIS logos in parts of the show, and we just don’t talk about it in dialogue.”

However, noting that the actual terrorist group ISIS doesn’t exist in their world (it is a fictional animated show after all), the team cleverly crafted a storyline where the spy agency leaves behind their old name since they begin working with the CIA.

“It’s just the most awful thing, and we didn’t want to have anything to do with it,” Thompson said. “There were people online saying that we should address it and say, ‘Oh, I can’t believe these guys have co-opted our name.’ That’s the way South Park would do it, coming after them and saying, ‘These assholes stole our name,’ but that’s not the way the Archer universe works, where it’s all our own creations.”

Although the name of course will still be seen in Season 1-5 reruns, ISIS won’t hold a place in the future episodes, excluding one scene during the Season 6 premiere where movers will be seen taking away the sign usually seen in the show.

I can imagine it’s a bit difficult for those involved with the show to say goodbye to a name they’ve used since the very beginning, but considering the horrific acts and deaths committed by ISIS in reality, it makes sense that they would want to avoid using something that has proven to be sensitive topic of conversation for people all over the world in recent months.