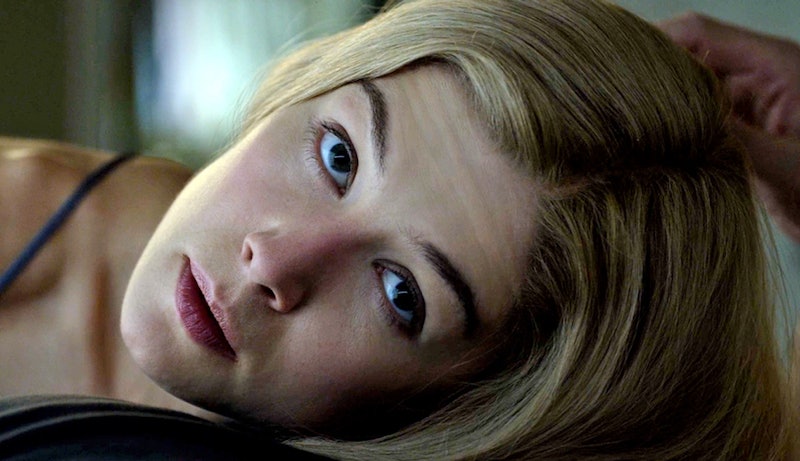 Yep, the buzziest movie of the fall so far is continuing to dominate: Gone Girl 's keeping its early winning streak going at the box office this weekend. Dracula Untold isn't far behind, but it just goes to show: Go two weekends without seeing these watercooler movies and you'll probably be feeling a little left out of the office chatter come Monday.

As for the numbers themselves, Gone Girl brought in a healthy $26.8 million this weekend, bringing its total domestic gross so far to $78.3 million and its worldwide gross to $102.9 million. Combine that with an 87 percent Rotten Tomatoes rating and I'mma go out on a limb and say audiences are really appreciating this fucked-up couple.

As for vampires, they're not doing half-bad either: The Luke Evans-starring Dracula Untold debuted with a very nice $23.5 million. Dracula and Gone Girl have been tangoing all weekend, sharing (and edging each other out for) the top spot, which Dracula Untold was winning Friday. Alas, Affleck's butt-chin has won the day yet again.