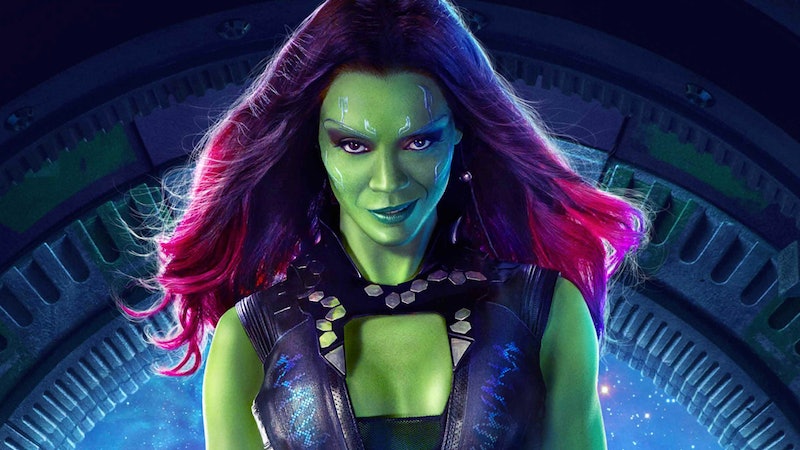 The awesome woman without whom Guardians Of the Galaxy might never have been a major Marvel blockbuster is gifting the world with another something great. That something great would be a Gamora solo comic, which Marvel announced as its newest Guardians Of the Galaxy spinoff at New York City Comic-Con Sunday. Nicole Perlman will write, and I will stand in the corner and "YASS."

Perlman, it should be noted, was the first women ever credited as a writer on a Marvel movie, and it just so happened to become the biggest movie of the year. This will be her first foray into the world of comic book writing, and the series will debut in the spring of 2015. I'd say it's not too far of a stretch to expect this title to become pretty big as well.

This is a pretty big step for the character of Gamora, who's long been a supporting character but will finally get her chance to shine with this solo title. That it's being written by the woman behind pushing her into the mainstream? That's pretty cool too.

Marvel can be a little slow on the uptake, though, so I wouldn't expect this to immediately translate into a Gamora solo movie. They'll probably be making Iron Man 7 before they even think of it.

In related news, can we talk about how awesome Thor's looking these days?