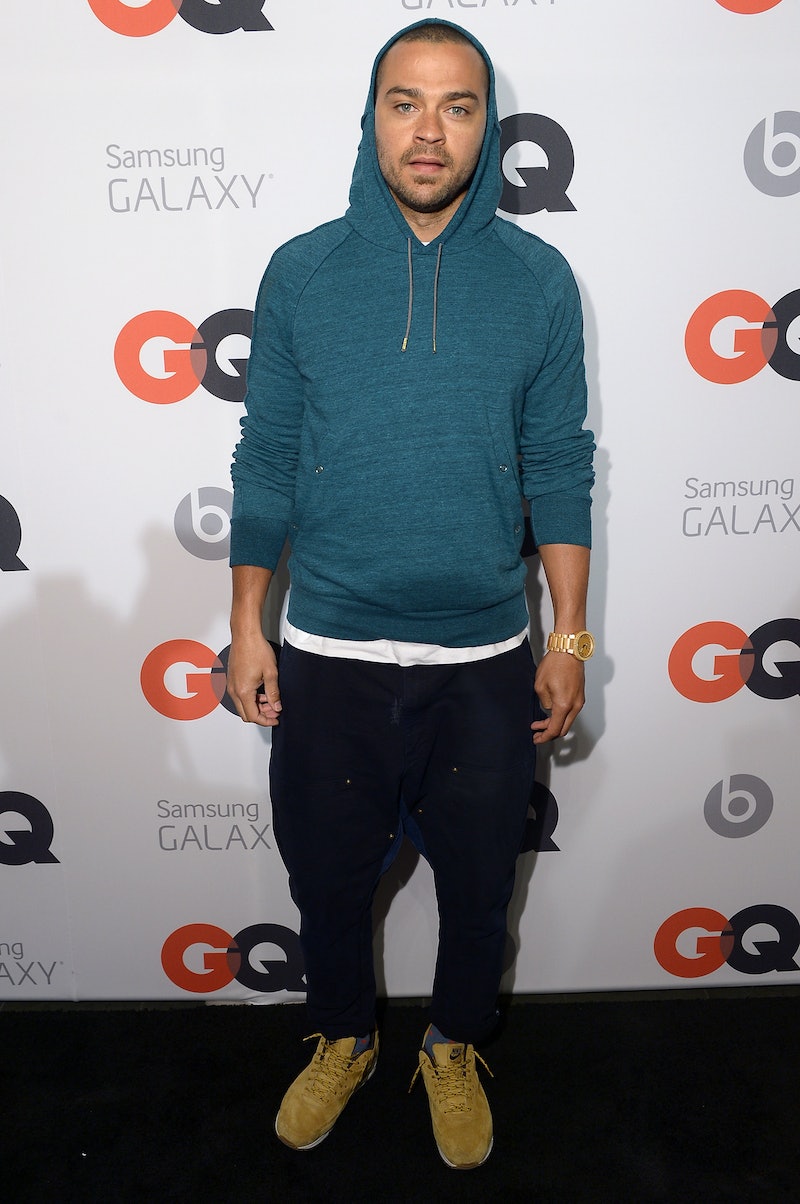 It's been two months since Mike Brown was shot by a police officer in Ferguson, MI, and the unrest wages on. Four days of rallies and marches called "Ferguson October" were organized in the St. Louis area this weekend, an avenue through which people could express their opposition to the ongoing violence against black men, particularly the two that took place in the Ferguson/St. Louis area. Though many celebrities have been very quiet on the topic, protestors did get one buoy of support: Grey's Anatomy star Jesse Williams traveled to Ferguson to join the demonstrations.

Williams, who plays Dr. Jackson Avery on Grey's, has long been vocal about the societally embedded mistreatment of black men, talking publicly about the killings of people like Trayvon Martin (he's also worn hoodies in connection to that, both on CNN and in Ferguson this weekend), Jordan Davis, Mike Brown, and now Vonderrick Myers.

Then Saturday he traveled to Ferguson October, documenting the trip on his social media accounts and talking with fellow protestors and the press about what's going on in St. Louis and in America right now. Considering the dearth of celebrity discussion around the issue — strange and suspect, considering how often celebrities will often talk about other hot-button topics — it's nice to see Williams actually standing up and using his voice.