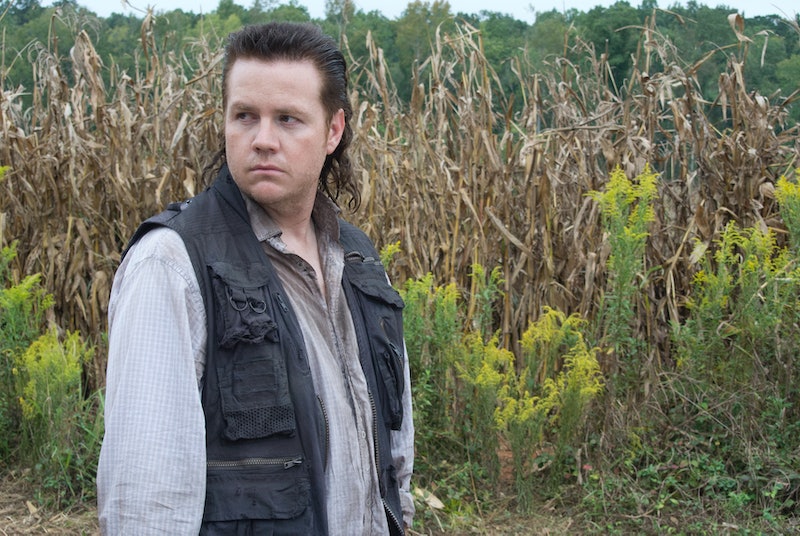 Perhaps one of the biggest questions lingering after The Walking Dead Season 5 premiere is whether or not Eugene really knows the cure for the zombie virus. Since the Atlanta C.D.C. blew up in the first season, there really hadn't been much talk of how to actually cure the virus. Everything has been focused on controlling and eliminating the walkers, and keeping the living alive. A cure for the virus would be a real game-changer.

Meeting Eugene last season, he merely seemed like a crazy guy with a mullet who Rosita and Abraham were naive enough to believe had a cure. But in the premiere he revealed that he worked on a 10-man Human Genome Project, which had figured out a way to fight weaponized diseases with other weaponized diseases. He really didn't reveal too much, considering he felt like none of the characters would even understand his explanation of "the cure" if he did explain it completely. This could be taken two ways. 1) Eugene is actually a lot more intelligent than we think and nobody would actually understand, or 2) Eugene is just completely bonkers.

Rick isn't always ready to jump on board with people he has only just met. However, moving forward, it looks like there isn't much better to do than help Eugene get to Washington, and maybe get him a haircut on the way. Plus, the gang really does need a more permanent residence, so maybe Washington will end up being the setting for the rest of the season.

We can only hope that Eugene isn't just talk and the zombie virus can be completely wiped out. But considering that a zombie cure could mean the end of The Walking Dead, I wouldn't take Eugene's claims too seriously.