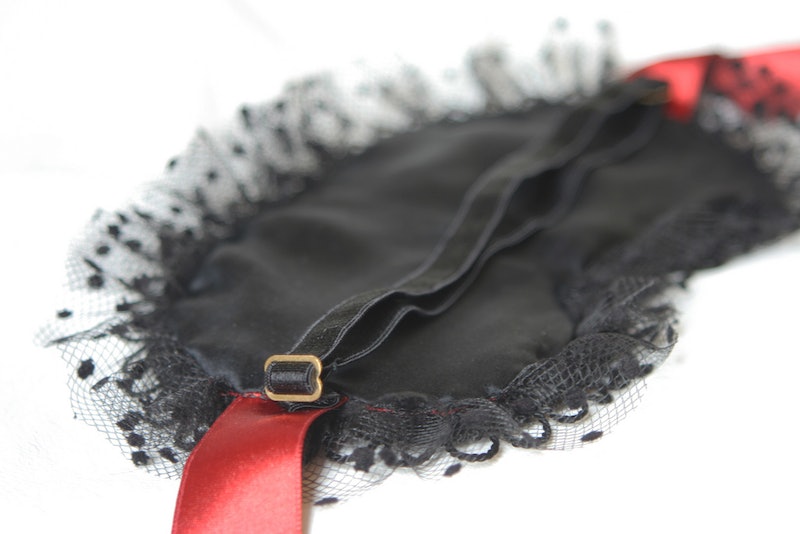 In this particular bestselling trilogy written by Irene Cao (disclaimer: I've only read the first installment), our protagonist Elena is an art restorer working in Venice. She's passionate about her job, the aspect of the book I enjoyed the most. After a series of sexual adventures, she must choose between two men. The first is her long-time friend Filippo, tender and considerate, with whom she can sit on the couch and eat pizza in her jammies. He's more of a missionary position type guy.

Then, enter Leonardo: He's a handsome playboy who introduces Elena to kinkier, more adventurous sex after Filippo moves back to Rome. Leonardo fulfills all the fantasies she didn't even know she had, but whether it intends to or not, Cao's story perpetuates the idea that the way for women to discover their bodies and their sexuality is through the help — no, the coercion — of a man.

I genuinely hope that every woman has the chance to have sex with a partner who makes her fall "into the whirlpool of her own orgasm" (if that's something she wants, naturally). Figuring out what makes you feel satisfied is an important right of passage that can be difficult and scary, and if there are books out there that help women in that process, that's a positive. Even I read scenes in the book that caused me to make a mental I have to try that note.

And, if this book were only meant to be something of a sex manual, then I would be its staunch advocate.

But helping women feel less ashamed of their sexual desires is not all that is at work here. Cao doesn't allow Elena to be in touch with her sexuality, or to even admit to her desires, without the permission or guidance of a man.

When Elena meets Leonardo for the first time, he sees the painting depicting the rape of Persephone that Elena is restoring, and mentions that the scene "looks sensual." Elena corrects him immediately, but then he proceeds to explain Persephone's story to Elena. She blushes and feels embarrassed that she corrected him because he "knows his Greek myths after all." But that's not true. He incorrectly identified a rape scene as consensual between two mythical figures. Not even Elena's obvious intellectual superiority is safe here. The set up is that she needs to be taught, corrected. Later, Leonardo ties Elena (whom we know from an earlier scene doesn't drink) to a chair in the dark and leaves her there for an hour with a sheet over her lap. She begins to cry. He returns and pours liquor down her throat and then they have sex. She's into it for some reason — I'm unclear on why. I don't find it sexy when a man ignores my choices just to make me orgasm. That sounds more disrespectful that anything else.

In another scene, they have sex outside, and Elena tells him to stop. He pushes her up against a wall and has sex with her, and she ends up enjoying it. I'm flabbergasted by that for that scene to be a turn on, the reader had to be reassured that Elena was still pure and innocent enough to reject Leonardo's dirty advances — if she actively sought her own pleasure, she would have power and control over a man, God forbid. In an erotica novel about and for women, women aren't agents in own sexual activities. Let's get one thing straight here: I have been tied up, talked to dirty, and experienced a few other things I'm going to politely gloss over here. There is nothing wrong with BDSM, kink, or whatever other fetish you have or you want to try. The explicit nature of this book is not what I take issue with, but rather with the presiding social structure on which this book and others like it rely.

But that's not hot, you may say. Maybe you're not turned on because we live in a society in which women aren't allowed to ask for what they want. Maybe the general attitude about women is the issue here, not the actual sex within the pages. If the lesson of erotica is "try something new," then I think it's time erotica novels do the same and start writing their own stories differently.