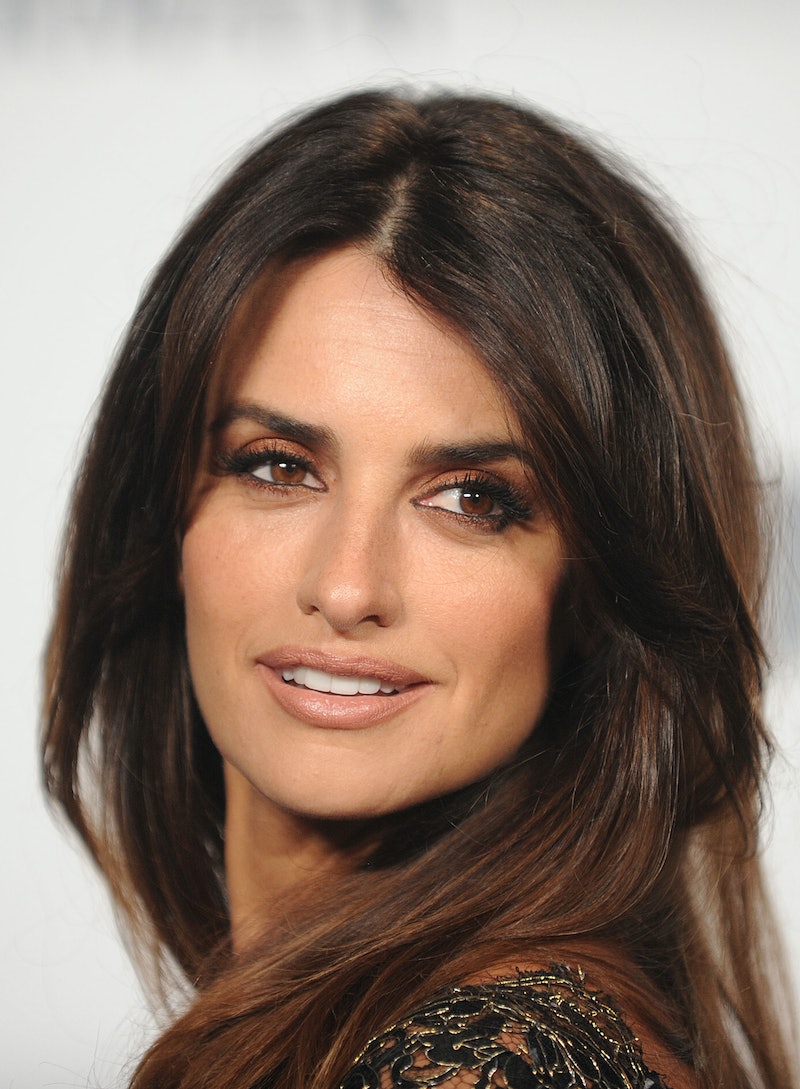 Guess who's back and hotter than ever? Penelope Cruz, who has been named "sexiest woman alive" by Esquire magazine at 40 years young. Cruz is the 11th winner of the honor, following Scarlett Johansson who was named "sexiest" last year for the second time — her first was in 2006. The actress looks like a total knockout on the cover, wearing a black plunging one-piece bathing suit accompanied by that sexy "I just got out of bed" hair. But it's not all about her looks (nope, not even with the title being called "sexiest woman alive."), it also makes us curious about what the notoriously private actress has been up to.

When Cruz is not promoting a movie, she is rarely present in tabloid gossip because she is very tight-lipped about her private life. And when her name is mentioned, she takes no prisoners. A Spanish newspaper was recently fined for sharing details of Cruz's 2010 pregnancy because it invaded her privacy and that of her husband, Javier Bardem. Other than that, Cruz's name has pretty much been out of the press these days. Don't let that mislead you though, she has been up to quite a bit and you'll be seeing a lot more of her soon. (And no, that's not referring to whatever she may be wearing or not wearing in the pages of Esquire.)

A major reason that Cruz has been out of the spotlight these past few years has probably been so she can focus on raising her two children with Bardem. Their son Leonardo was born in 2011 and their daughter Luna was born in 2013.

Auditioning to be a Bond Girl?

Cruz's name has been thrown around for some time to join the cast of Bond 24 . With recent news that Léa Seydoux will be in the film, it is unclear if the cast for the upcoming film is done or not.

Soon we will see Cruz where she excels: on the big screen. Her next movie is the Spanish-language movie Ma Ma which is set to be released by the end of the year. In the film, Cruz plays a mother who has to overcome a great tragedy. In addition to acting, this is the first time Cruz has worked as a producer. She is also currently filming the movie Grimsby with Sacha Baron Cohen and Isla Fisher which is set to debut in summer 2015. Grimsby is a comedic spy movie spoof about a soccer player who has to go on the run with his secret agent brother.