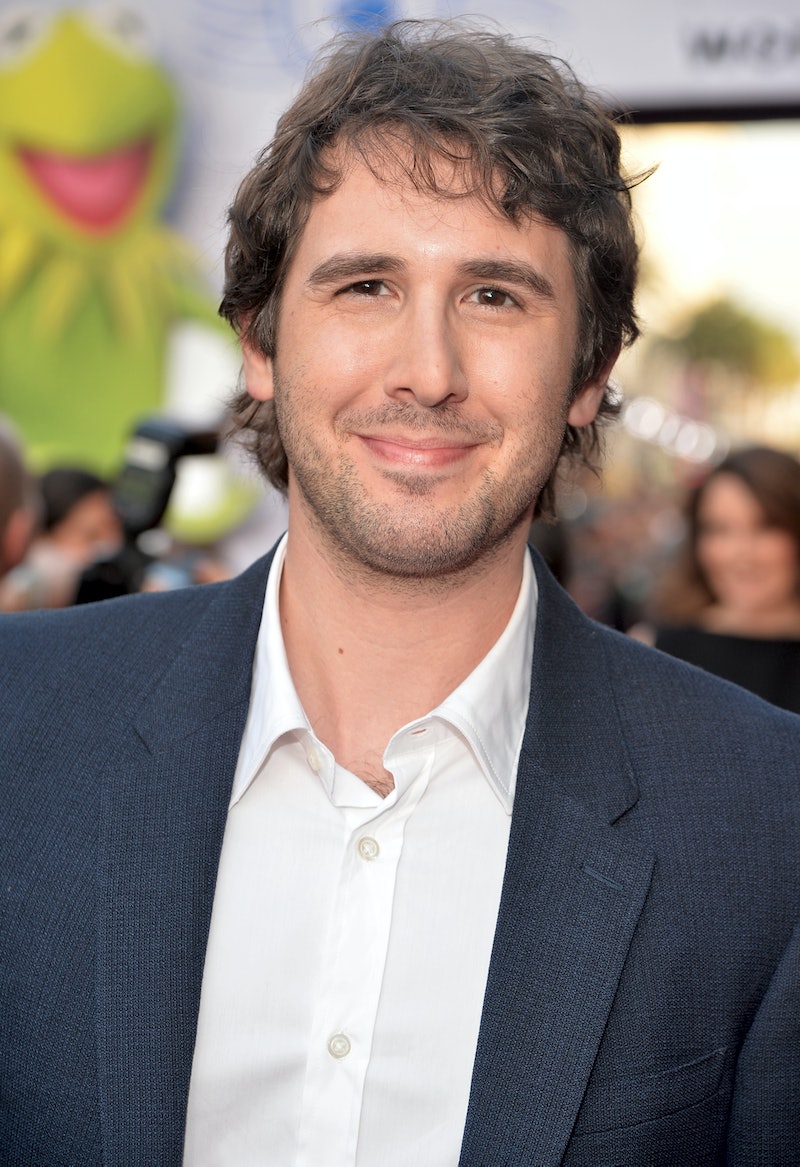 A query that I never ever expected to type into a Google search box is, "are Kat Dennings and Josh Groban dating," yet here I am on a Monday afternoon looking up the latest shocking celebrity dating news. Yep, according to E! News, Dennings and Groban are making a bid for Most Random Celeb Couple Ever. How do they even know each other? This is just coming out of nowhere. I have so many thoughts and a sudden urge to listen to "You Raise Me Up."

As a celebrity gossip aficionado, I pride myself on the ability to see these romances on the horizon. I'm not going to lie, this announcement threw me a little off my game. As the initial shock begins to wear off, I turned to my most reliable companion during a pop culture crisis: Twitter. I put in every combination of their names and possible hashtags and then I saw something that was right in front of us all along. These two have been flirting via tweets — for years. As someone who gets off on social media attention from the male species, I am disappointed that I never noticed the online flirtation between these two. I've even said "favorite my tweets so I know it's real." Well, not to an actual man, just in my mind after I type something that I deem to be hilarious as I hope for attention. But I digress...

Anyway, I have a feeling that these two are going to be one of those "aaaww they're so adorable" couples and I say this based on what's been happening all along. Josh Groban has been trolling Kat Dennings' Twitter for quite some time. Check out the following Twitter action to see how romantic courtship works in this social media age.

I know this game all too well. When a boy wants to talk to you but does not have anything specific to say, he just responds to anything you say on social media in an effort to insert himself in the conversation. It serves as a reminder of his existence that stays in the back of your over-analytic mind for way too long.

When you're not really dating someone, an easy way to keep the spark going is to have a fake argument about something neither of you actually care about. Whether it's a hypothetical situation or who really won a drinking game at a party, this playful banter is a way to talk about nothing but still have something to say. You get to a point when you don't even remember what you were fake mad about, but you need to find some way to assert that you were right and get the last word in.

Everyone loves when people agree with their opinions. Whether it's about something significant or not, a like of a Facebook status or a retweet speak volumes in the world of social media courting. Actually spelling out your agreement says even more.

While everyone loves it when their crush double taps her Instagram photos, the act of commenting on one can send you over the moon. In this case, Groban clicked Dennings' Instagram post via Twitter, checked out the photo, and then went back to Twitter with the reply. It's sad to say that in this day and age, that constitutes effort, but it does.

This is the most blatant "we are in like with each other" sign. Notice how I said "in like" not "in love." First of all, taking a photo with someone you are interested is a big deal. You don't want to be too pushy asking a third party friend to take a photo of you and your non-boyfriend to see how you would look as a couple. Second, actually posting it is huge. It's basically an announcement that you are actually together.

There's nothing more annoying/intriguing than when people publicly talk about something that you are not a part of. Whether they are using code names or hard-to-decipher acronyms, it sucks to be on the outside of any joke. However, it's pretty cute that Josh Groban's tweet echoes Kat Dennings' latest Instagram caption.

It looks like we have to be on the lookout for some more social media cuteness. These two seem to have it down pat, adorable but not too nauseating.