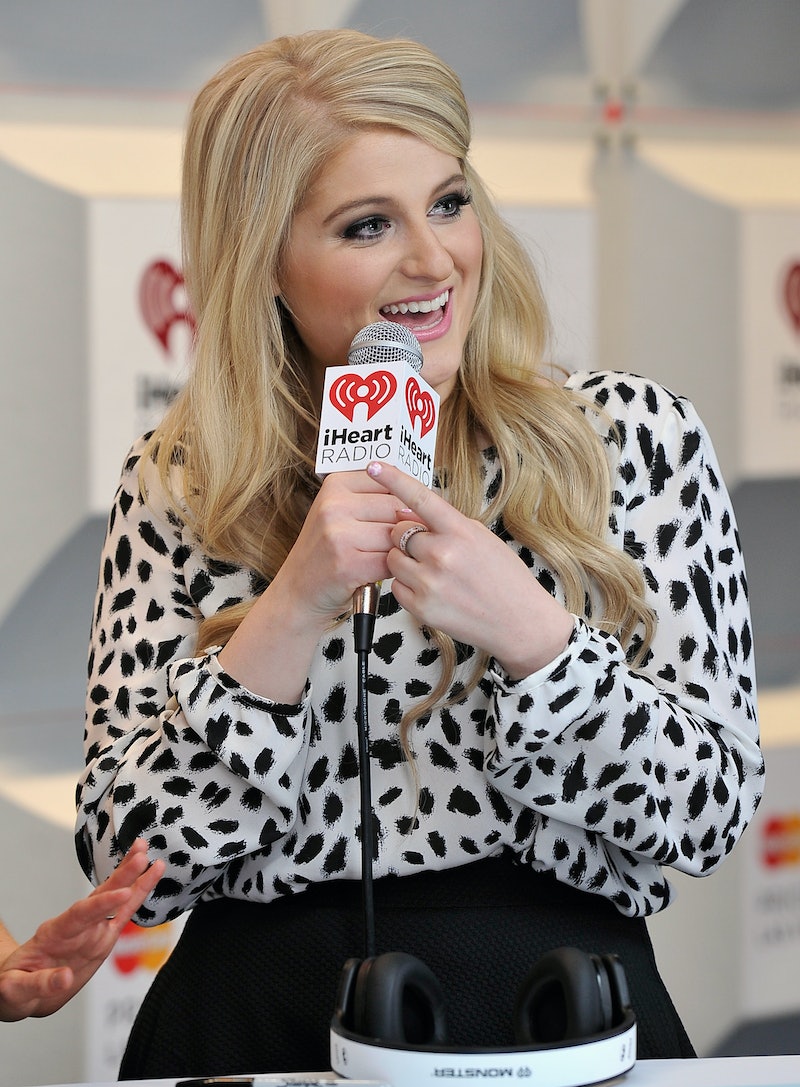 Listen up, Megatrons (the best/most hilarious fan base nickname in recent memory)! Meghan Trainor's new song, "Lips Are Moving," is here and it's great. Yes, at times, the track does sound pretty similar to "All About That Bass" — but that doesn't mean that it won't be another massive hit for the 20-year-old rising star. After all, you know what they say: If it ain't broke, don't fix it. Now, here's where things get a little confusing: "Lips Are Moving" does not appear on Trainor's recently released Title EP. Huh?

Last week, Trainor confirmed on Twitter that she was shooting a music video for her song "Title," leading many people (myself included) to believe that it was the official follow-up to "All About That Bass." However, just a couple days later, "Lips Are Moving" showed up out of nowhere on media website AllAccess with a radio premiere date of Oct. 21. So, what's the deal?

Well, Trainor told Billboard in September that her debut album was "pretty much done," so it's possible that she's giving fans their first taste of her new material with "Lips Are Moving." Whether or not it's her next official single is still unknown, but regardless, it sounds like a smash to me. On the song's bouncy chorus, Trainor expertly takes down a lying, cheating boyfriend (and throws in an "All About That Bass" reference for good measure):

I know you lie, 'cause your lips are movin'

Tell me, do you think I'm dumb?

Talkin' round in circles with your tongue

I gave you bass, you gave me sweet talk

Saying I'm your number one

But I know you lie, 'cause your lips are movin'

Trainor also told Billboard in September that her new album "should be out soon," which I think is probably a really smart move. Sometimes, you just need to strike while the iron is hot, and right now, there's no one hotter in pop music than Trainor.