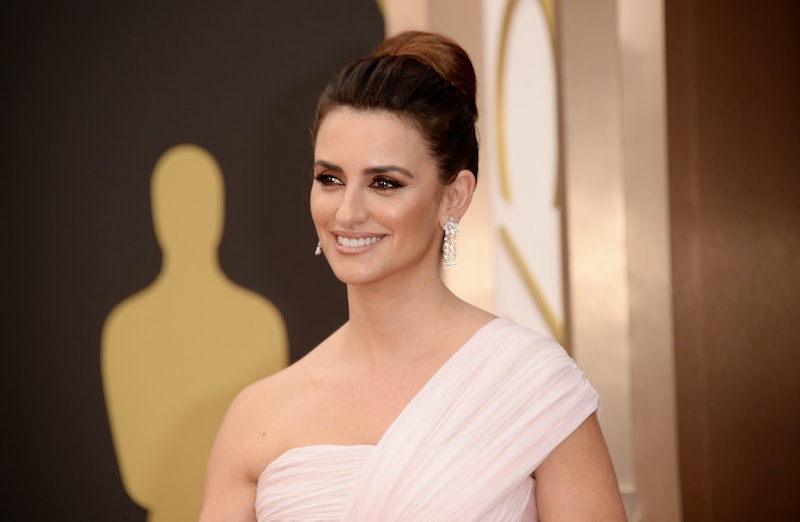 Scarlett Johansson can take a break this year, because it looks like her title has been passed on. Yeah, despite being dubbed as the sexiest woman by Esquire twice before, the men's magazine has given the award to a new leading lady. And it actually isn’t a surprise that Esquire named Penelope Cruz the Sexiest Woman Alive as she is undeniably sexy and is, in fact, a woman and alive. But what’s probably more outrageous than continuing to idolize women for their bodies rather than their contributions through their careers and their art, is the fact that the cover story about Cruz compares her to a bull. At least, I think that’s what I’m supposed to gleam from this article, which somehow takes its own sweet time to describe the bullfights of Madrid while inserting portions of Cruz's interview. To give you an idea, you get 1,007 words about the writer's attendance at a bullfight before Cruz is mentioned by name, and by that point I forgot why I was reading in the first place.

By the time Cruz is introduced, she too seems surprised by the mentions of bulls:

Yeah, that's the only thing connecting what is, granted, a lovely description of bullfights to an interview about the Sexiest Woman Alive. I'm sure it's metaphorical though, right? Is Penelope Cruz supposed to be the matador? Is she supposed to be the bull?

In 1966, Esquire famously ran "Frank Sinatra Has a Cold," an article on the crooner without having to interview the crooner (the reporter interviewed everyone around Sinatra instead). Sort of in the same vein, this writer had to contend with a tight-lipped Cruz, but with an unsuccessful attempt at trying to get us to see some sort of connection with her and the bullfighting in Spain. Yeah, I don't know. It comes off confusing and possibly offensive because, seemingly, the only connection is Cruz being Spanish. So why the bullfighting?

Judging by the article, Cruz shut down any attempt at working with the interviewer. She refused to expound on how she and husband Javier Bardem's relationship evolved since she first worked with him when she was 17 years old on the film Jamón Jamón. She didn't talk about being a mother to her three-year-old son and a one-year-old daughter. She gave short answers about her upcoming projects. She didn't really give the impression that she could talk about anything really. It makes for dull stuff for the cover interview, so it's left to the interviewer to derive some sort of meaning from simply sitting across from Cruz with lines like:

Over the course of a long lunch, Cruz looks like a thousand different women. She flips her hair, or she shifts in her chair, or she creases her forehead or widens her eyes, and these alone are enough to transform her. It feels like watching close-up magic.

When we meet strangers, we begin scanning their faces for their strengths and vulnerabilities, for the lights and scars that will tell us something about who they are and the life they have lived. Cruz has no physical flaws.

I got it. Cruz is hot. Cruz is gorgeous IRL. Cruz isn't giving us anything else to work with, so maybe the author can try to get something by describing how Cruz sort of made him think about the bullfights he saw.

In describing a lone white bull during the event the night before:

The white bull dug its horns into the horse’s belly and lifted its head, drawn by something primal to the tender parts.

Is that supposed to be Cruz and how she's always on guard? Or is he describing how difficult it is to interview Cruz with lines like:

There was a growing intimacy between the matador and the bull in those moments.

His killing stance was elaborate and clearly practiced. He thrust out his jaw along with his sword and opened and closed his mouth like a sturgeon. He looked more like a beast than the bull did just then.

There's more descriptions of the blood and gore galore, of Cruz's choice of rare red meat for lunch, and an uncomfortable focus on the blood stained napkin she left at the end of the meal. Then the entire article ends as ambiguously as it began with the bloody death of a bull.

Could it be a grander statement at how ridiculous it is to continue awarding female entertainers the title of "Sexiest Woman Alive" because it takes away from their bigger contributions and dilutes them to being ornamental and up for public consumption? Fine, that might be a bit over-the-top, but the article does talk about the bull fighting more than anything gives the feeling that Esquire figured that people would rather look at pictures of Cruz than hearing about anything else from her.