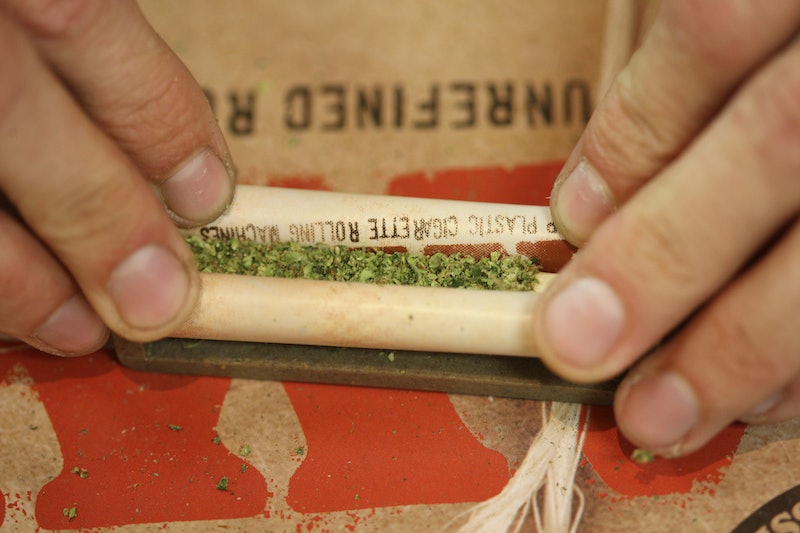 Almost a year after Colorado and Washington state voted to legalize recreational marijuana, the Obama administration (perhaps because it has a few more important issues on its plate) announced Thursday it won't sue the states to adhere to federal laws. The administration does, however, reserve the right to do so in the future.

In keeping with Attorney General Eric Holder's proposal to ease sentencing for low-level drug-related offenses, the administration also issued new guidelines for all U.S. attorneys on marijuana law, recommending they only focus on prosecuting major cases.

In a phone conversation Thursday, Holder informed Washington and Colorado’s governors of the policy, though both states have already made significant advances in implementing their laws. Last November, voters in both states approved ballot initiatives allowing anyone over the age of 21 to use marijuana.

Marijuana is still prohibited under the federal Controlled Substances Act. It is also listed in the act as a Schedule 1 drug. (Schedule 1 drugs are described as substances with a high potential for abuse and no accepted medical use.)

Over the past decade and a half, twenty states and the District of Columbia have legalized medical marijuana, which also violates federal law. In 2009, Obama's Justice Department released the Ogden memo, which explained the administration would not prioritize going after medical marijuana — though it went on to conduct raids on dispensaries, later explaining the Ogden memo was meant to apply to individual medical marijuana users, not commercial operations.

News of the Justice Department's decision comes at the same time as a earth-shattering scientific study that, in the words of Gothamist, found marijuana is "the most popular, least deadly illegal drug in the whole world."

"Even if it is not very solid data, we can say definitely that there are drug problems in most parts of the world," said Theo Vos, one of the authors of the study.

"A decriminalized drug policy could potentially transform the public health approach to drug use," said Vikram Patel, of the Centre for Global Mental Health at the London School of Hygiene and Tropical Medicine. "The enormous savings in the criminal justice system could be used to fund addiction treatment programs."