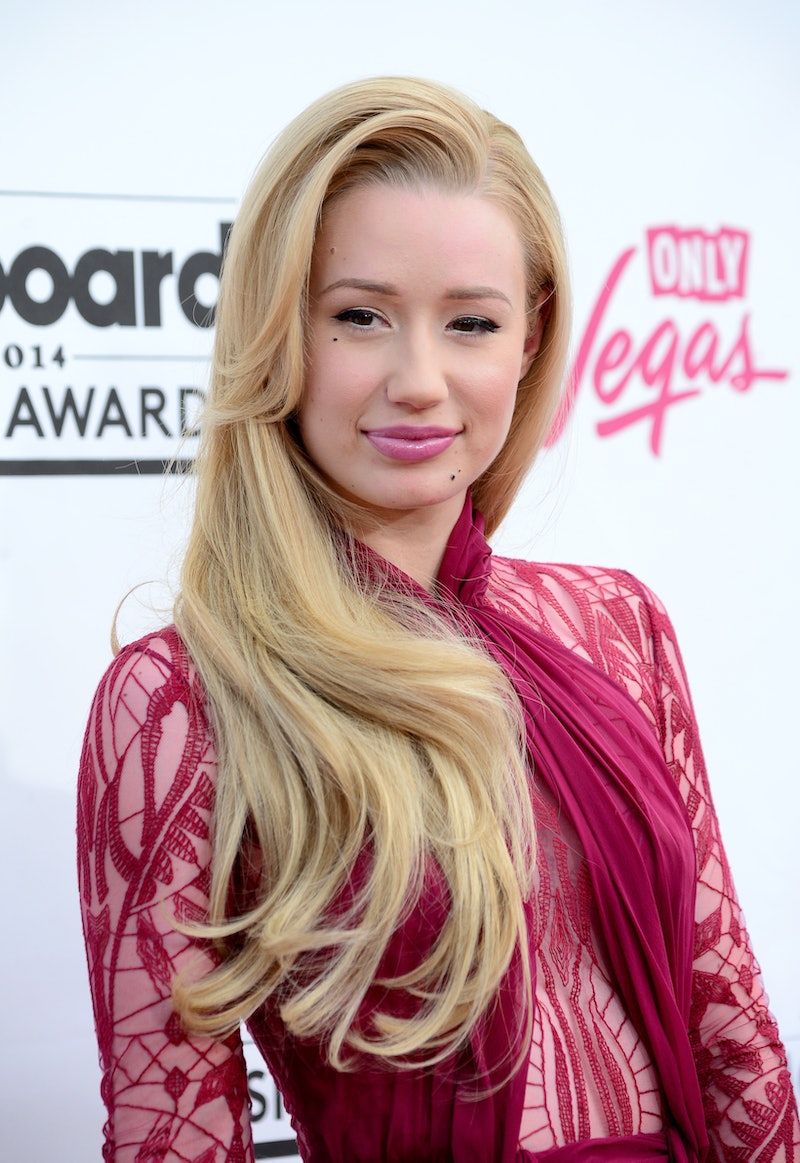 In a very bizarre chain of Twitosphere events, Iggy Azalea and Snoop Dogg are feuding. The argument over Twitter began after Snoop Dogg posted a meme to his Instagram account that mocked a recent photo of Azalea without makeup. GASP! A WOMAN WITHOUT MAKEUP! QUICK EVERYONE RUN FOR THE HILLS! Then go to the Internet and continue a troll-like existence. Ugh. The meme is annoying to say the very least. However, the casual mockery of Azalea's appearance says more about a man in the industry trying to tear down a woman who is currently one of the most popular figures in pop and hip-hop. Clearly, Azalea wasn't going to just let it slide.

The Australian rapper's tweets appear to have been deleted, but were screen-grabbed by E News who reported the story. Azalea retorted, "@snoopdogg why would you post such a mean pic on insta when you send your body guards to ask me for pictures every time we are at shows" she then continued, "My bodyguard stopped the fire truck that saved your friends life in canada when he almost burnt down the hotel." It was clear that Azalea felt betrayed by Snoop Dogg and in her final tweet about the whole thing, Azalea layed down the ultimate parental diss, "And everytime I've spoken to you, you've always been nice as hell, I'm disappointed you'd be such an ass for no reason." She's not mad, she's disappointed. Buuurn.

Don't get me wrong here, Azalea has every right to be ticked off. The meme, which also has been deleted was mean-spirited, childish, and sexist. However, her response didn't exactly hand it to him in a way that was, shall we say...productive. Azalea had an opportunity to say something about the ridiculous standards women are held up to in the entertainment industry and instead made a few deflated jabs.

Though it seems the "feud" has already tapered out, let's just focus on the fact a 42-year-old rapper who is becoming less and less relevant tried to mock one of the biggest names in music. And he failed miserable. Snoop Dogg, all I have to say is,