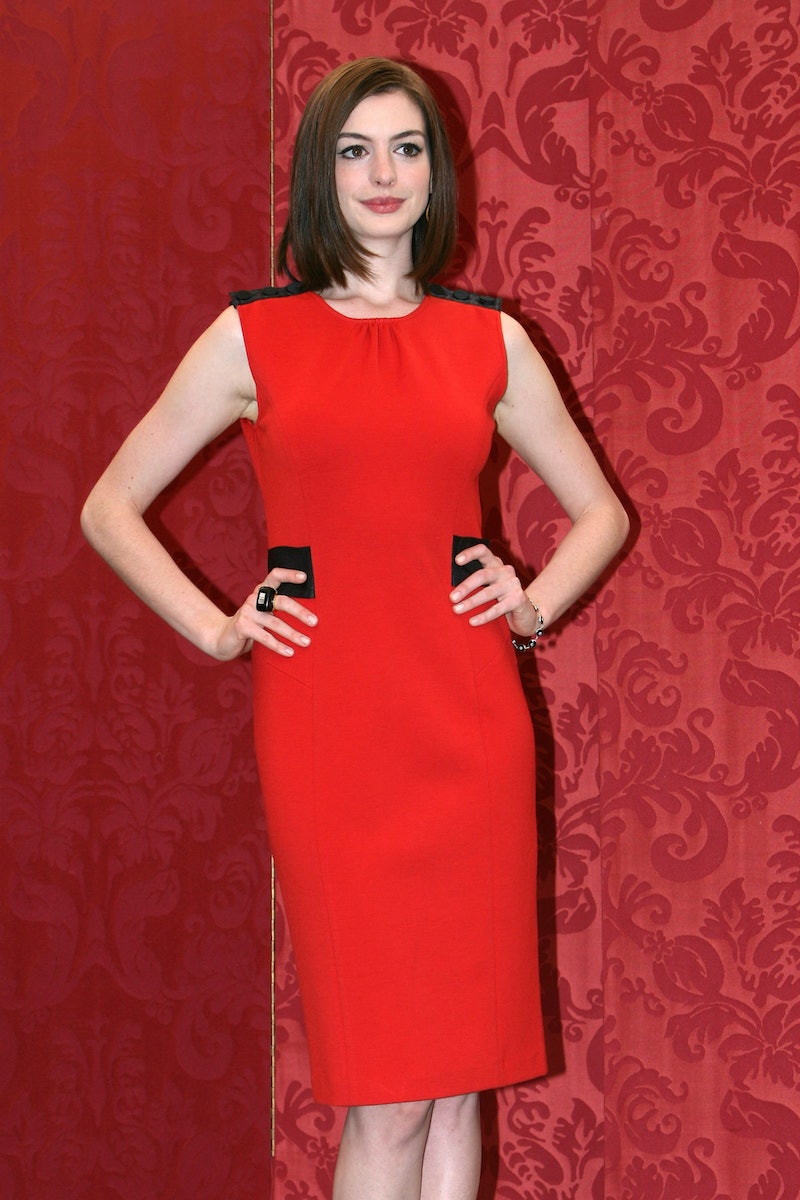 We live in a world of celebrity TMI. I, as a person who writes about pop culture, am a frequent perpetuator for that — for which you're welcome and I'm sorry. Monday's bit of TMI? Anne Hathaway was conceived in a Diane Von Furstenberg wrap dress. Now that visual gets to be in both of our heads!

Hathaway, the Oscar winner and A+ paparazzi rapper, apparently owes Von Furstenberg a couple thank you cards. The major fashion designer, credited with the popularization of the wrap dress, takes credit for the literal creation of the Interstellar star. And she recently used a question from the Wall Street Journal about the wrap dress' staying power as an excuse to talk about it:

Last year, I did a thing for women nominees at the Oscars and I was hosting a lunch with [actress] Anne Hathaway. Prior to the lunch she introduced me to her mother, and her mother said, ‘I have to tell you something that she doesn’t even know.’ She said, ‘Well, I seduced her father in a wrap dress. As a matter of fact she may have been conceived in one.’ Then Anne says to her mother, ‘Is that the one with the tulip print?’ She kept the dress!

Well OK then. Now that's something that we know. Von Furstenberg facilitated the birth of Anne Hathaway. I'd say it makes me wonder under what situations other celebrities have been conceived, but it really doesn't.