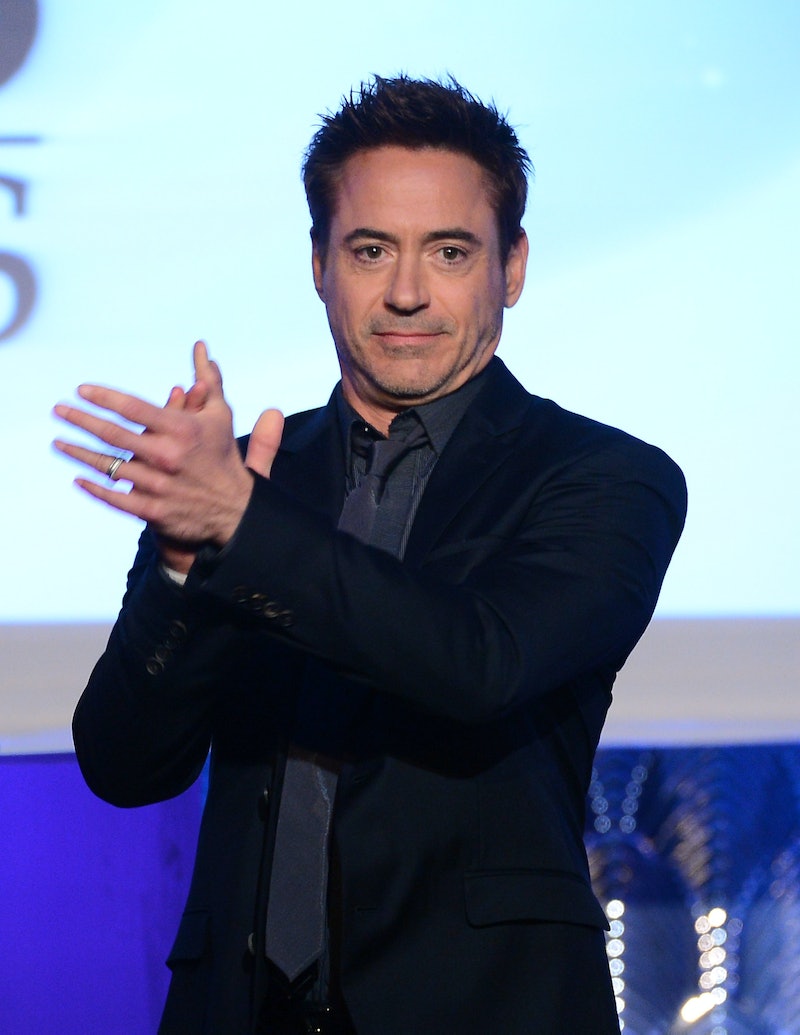 Well, it's official: Robert Downey Jr. is joining Captain America 3 to reprise his role as Tony Stark-slash-Iron Man, and not the other way around, according to Variety. The big casting news means big things for the plot. Because Downey Jr.'s on board, this will bring the Civil War storyline from Marvel's complex universe to the big screen, and begin a new phase of movies for the studio.

But don't be fooled, these two superheroes will be foes, not friends. The new plot will have Stark and Captain America dueling against one another, as they feud over the Superhero Registration Act — an act which forces anyone with superhuman abilities to reveal their identities to the U.S. government. Woah, hot button issues, indeed.

But, because Marvel loves to tease its releases for literally years, we won't see Downey Jr. on the big screen next to Captain America for many moons to come. Captain America 3 is set to begin production in the spring. We won't get to see the characters collide until May 6, 2016.

But this isn't the only place you'll see Tony Stark in the coming years. He's all set to star in The Avengers: Age of Ultron and The Avengers 3.