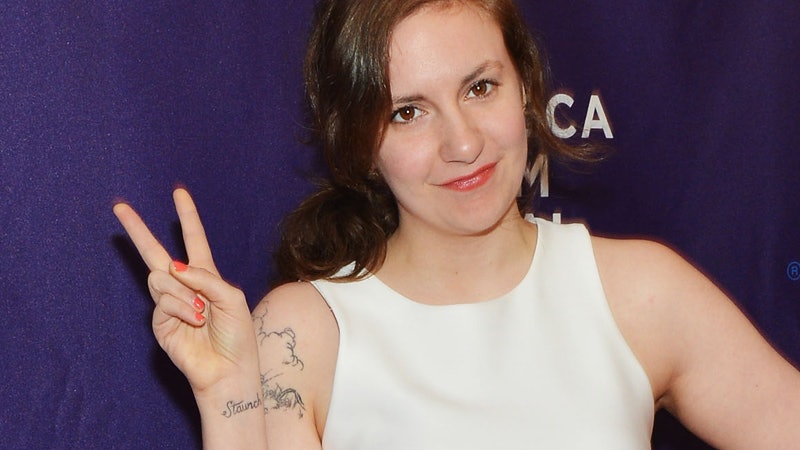 I think it's fair to say that over the past 10 years or so, the taboo associated with tattoos has become smaller and smaller. People are less appalled by them now as they used to be, and it seems like the general public is much more understanding and supportive of them. Twn years from now, I hope I'll be saying the same about feminism.

People with tattoos often have to cover up the art that they love and take pride in. And, on a much larger scale, I think feminists deal with a similar issue. It can be hard to speak out and say "I'm a feminist." Opening up about feminism often invites some pretty negative stereotypes, as if thinking women and men should be equal is an absurd notion.

That's what makes these tattoos so unique — by expressing their feminist views on their bodies, these individuals are tackling one taboo through something that used to be condemned, but is now far from unusual. Here are some of my favorite feminism-inspired tattoos.

To remind her to be a bad-ass old lady. Yes.

If you're a strong female, you don't need permission.

Notice the Venus symbol on the side of her ankle, too. Love.

Because we can do it.

Who says you can't poke fun at the stereotypes? Way to embrace it, girlfriend.

Told you finger tattoos were a thing!

It's a unicorn. It's a feminist. What could be better?

Such a cool take on the Venus symbol.

This might be my favorite, and apparently, it's Lena Dunham-approved.

I love how this feminist symbol is integrated with other aspects of the ink owner's life.

Venus Symbol With A Raised Fist

The first thing I thought when I saw this Venus symbol? "GIRLS. We run this motha..." Oh, Beyoncé. You always know how I feel.

All Adventurous Women Do

This tattoo gained fame after a Lena Dunham fan asked for the Girls quote in Dunham's handwriting, and Dunham responded within just 24 hours.