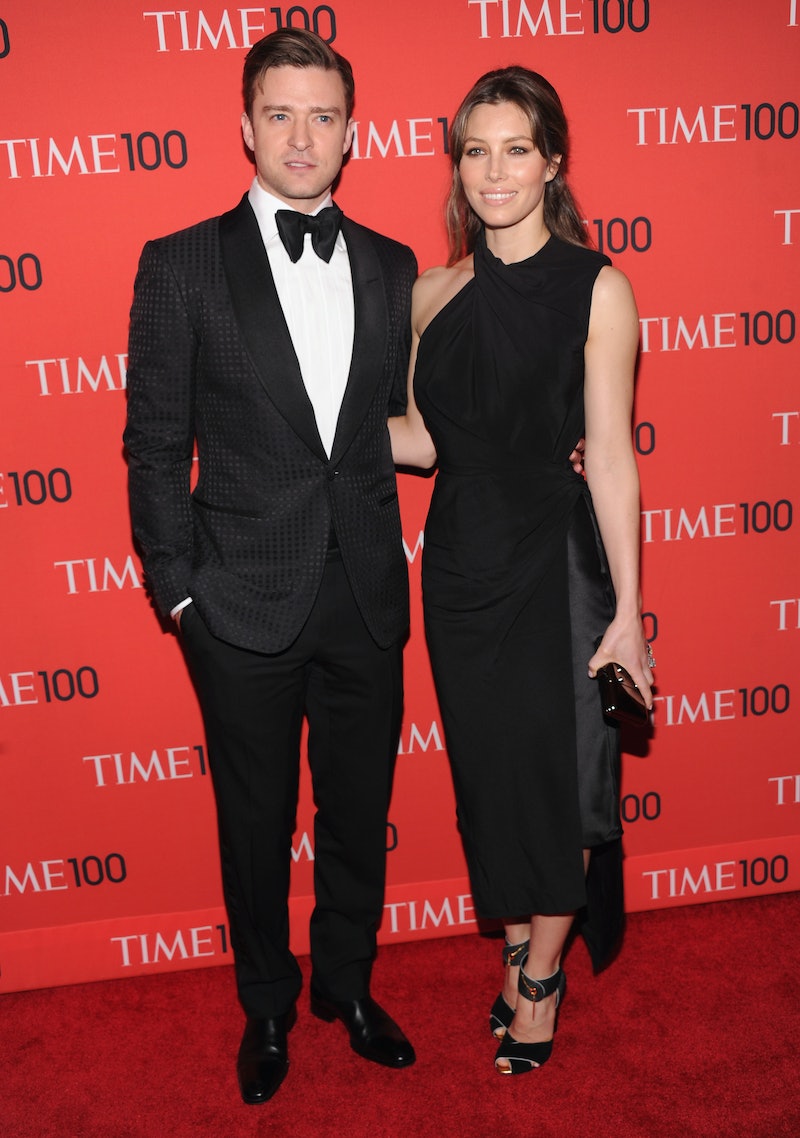 Justin Timberlake's latest Instagram post may feature the most attention-grabbing photo shared by the singer since he posted that controversial snapshot during his Western Wall visit. On Monday, Timberlake Instagrammed a photo of Jessica Biel, which marks the first time he's ever shared a picture of his wife on the social media site. The photo shows Timberlake and Biel sitting on a bench staring out at New Zealand's serene seaside cliffs. The caption, which quotes the film Ferris Bueller's Day Off, reads, "Life moves pretty fast. If you don't stop and look around once in a while, you could miss it." While its a gorgeous photo of a sweet moment and is certainly a huge first for the couple, I have to say that I hope it's their last. Even though the masses thrive off that next celebrity update or glimpse inside the personal lives of the rich and famous, I really appreciate the fact that Timberlake and Biel have made a conscious effort to keep their relationship off of social media.As one of Hollywood's most attractive and fashionable couples, it must take great restraint to not spend every hour snapping selfies of their enviable lifestyle, even when they're away from all the fuss of Hollywood partaking in everyday activities like chillin' seaside in New Zealand (because that's so typical, right?). But the fact that Timberlake and Biel resist the urge to overshare on social media is super refreshing and suggests that they're not willing to sacrifice the sanctity of their relationship in order to follow trends.

Obviously, I did get some level of enjoyment out of seeing the couple during their downtime, but I hope they don't give away too many personal moments. With professions that constantly put them in the public spotlight, it's nice that Timberlake and Biel hold a little something back for themselves.

Take a look at the couples' beautiful photo below: