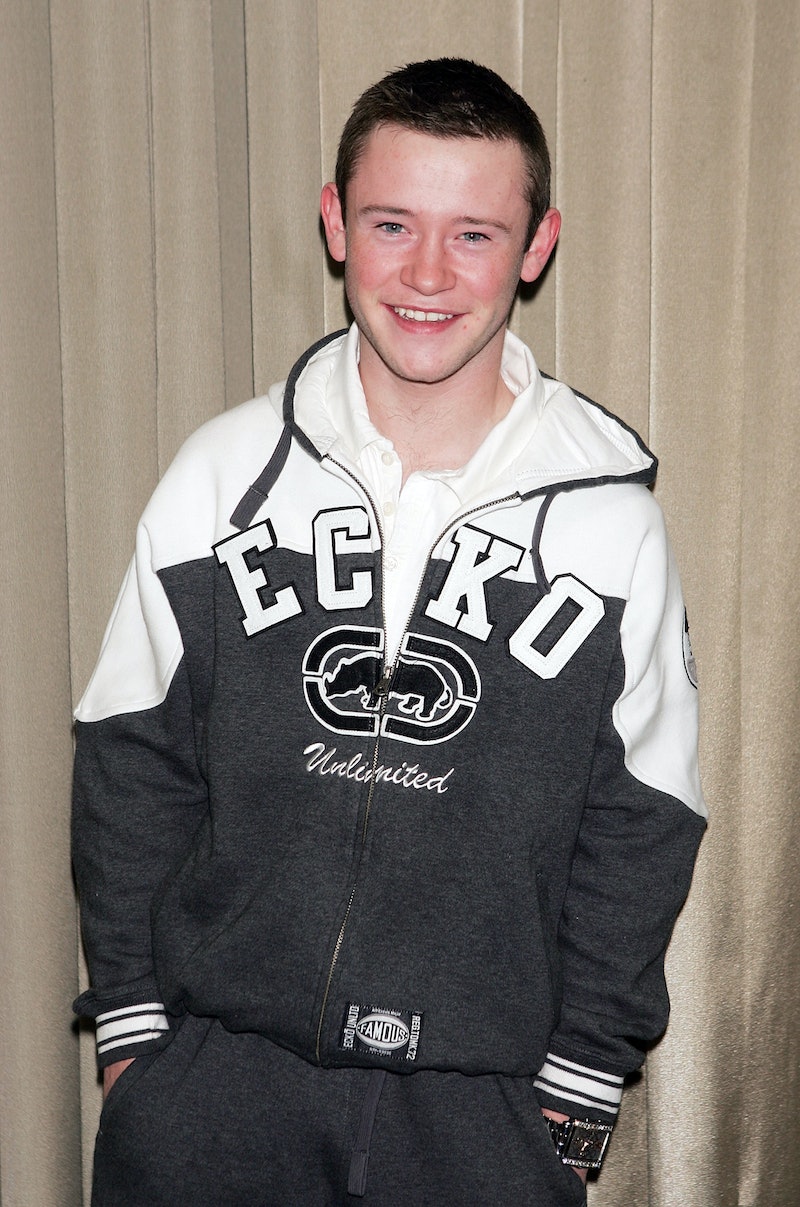 You may remember Seamus Finnigan as the silver-medal magical klutz of Gryffindor house. (Gold obviously goes to Ron Weasley, because, doye.) You may also remember his real life portrayer, Devon Murray, from the Harry Potter films. Mischievous, scrappy, and well, Irish, he was Seamus incarnate. I feel like it's high time we checked in with him, since he's been out of our lives for quite a while. What is Seamus Finnigan up to these days? Excuse me — what is Devon Murray up to these days? Is he still acting? Did he ever get the hang of the Accio spell?

It looks like the Irish actor has been taking a break from acting since the Harry Potter films wrapped in 2011. Murray's most recent acting credit on IMDb page is for Harry Potter & The Deathly Hallows: Part 2. After that film, he provided the audio for his character in the Harry Potter video games, but doesn’t have any credits since then. Lest you think he’s quitting while he’s ahead, Murray has been acting since he was a kid. Before the 10-year run of Harry Potter, he had roles in This Is My Father, Angela’s Ashes, and Yesterday’s Children.

Taking a look at Murray’s social media, it would appear that he’s enjoying his hiatus from pretending to be other people for a living.

First of all, he's been avidly playing video games. Murray won a free Apple TV for being the 100,000th player of the Coors Light game. This was all skill, and no Harry Potter nepotism.

Murray even took a trip back to the old Alma Mater, and picked up a pint of Butter Beer along the way at the Leaky Cauldron.

Who did he run into while back at Hogwarts? Only his former classmates and Kobe Bryant.

It looks like he's still close with his co-stars. Here he is with Evanna Lynch (aka Luna Lovegood) after checking out a play she starred in. Daww... You guys!

He also took some time to josh around with Fred and George Weasley, erm, I mean James and Oliver Phelps on twitter by sharing this TBT pic of the twins.

And last but not least, he and Alfred Enoch, who played the other pea in his pod, Dean Thomas, performed a duet to "Twist and Shout" at a karaoke bar a few years back. Just thought you should know this.

All in all, it looks like he's had a great time on sabbatical. However, we may have hope to see him in a few new things coming around in the coming years. At LeakyCon in January, Murray shared that has a lead role in an upcoming pilot for the BBC. While he couldn't divulge pivotal details like the show's name or the premise, he did share that he needs to be super in-shape for this new role. He's tracked some of his workouts on Twitter, and just looking at the amount he runs in a day makes me tired.

Anyway, I'm glad we got this time to catch up with him. Hope he makes it to high school reunion!