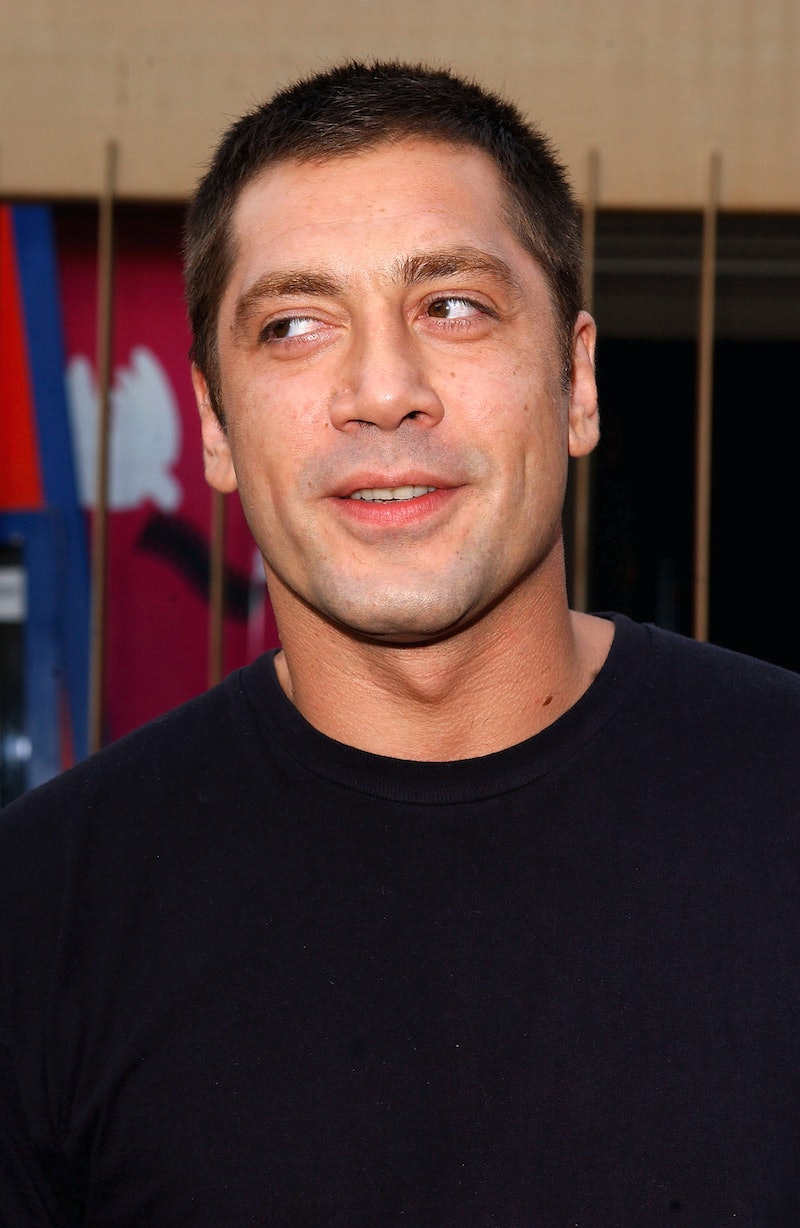 I really did not expect, when I was a 13-year-old seeing Pirates Of the Caribbean for the first time, that these movies would stretch into my twenties. I didn't expect it when as a 15-year-old seeing Dead Man's Chest, either, or a 16-year-old watching Orlando Bloom make-out with Keira Knightley's knee. And yet, Javier Bardem's in talks for Pirates Of the Caribbean 5 , proving that, yes indeedy, these films may outlive us all. Somewhere along the way I just thought they'd run out of energy.

According to The Wrap, it's been Christoph Waltz, preeminent modern movie mustache-twirler, who's long been rumored to be suiting up as the Big Bad in Pirates 5. The tides have turned, however, and now Bardem's crashing the party. I have some side-eye for this casting not because Bardem shouldn't be in things — Bardem should be in all the things — but because the continuous placeage of Bardem in bad guy roles is a little suspect to me.

Just seems like a lot of directors are looking at Bardem like he graduated from what The Toast's Mallory Ortberg called the "Evil Brown Guy Casting Academy."

Bardem is so much more than an Evil Brown Guy! We should give him the opportunity to play all kinds of guys. And in way more movies than Pirates Of the Caribbean Infinity.