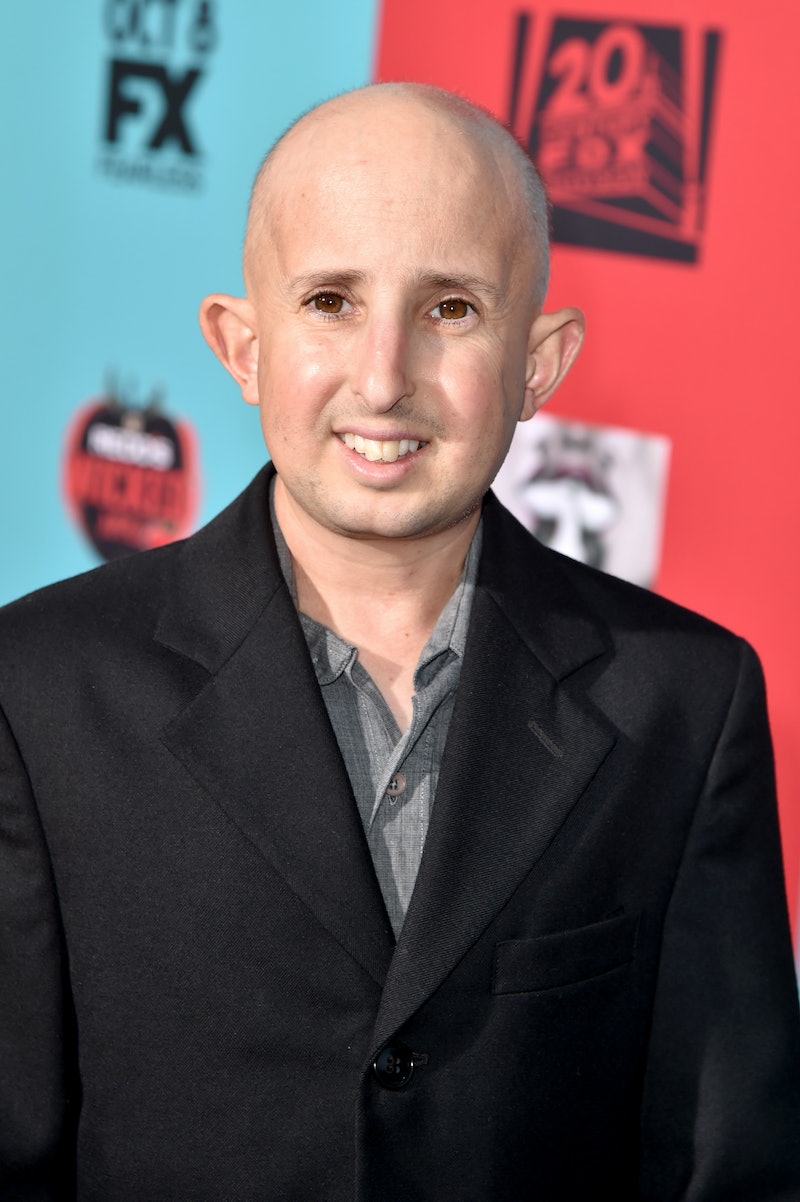 In keeping with the show's tradition, American Horror Story: Freak Show 's premiere saw the return of several familiar faces — some of which may have been more recognizable than others. Take for instance, the actor playing Meep the Geek on Freak Show . Did you get the feeling that you've seen this guy somewhere before, but you just can't place him? Well, that's probably because you definitely have, considering he played a pivotal role in American Horror Story's very first season. (But we'll get to that in a minute.) The Meep actor's name is Ben Woolf, though right now you know him best as one of Elsa's little "monsters" in her Cabinet of Curiosities sideshow, whose greatest talent is apparently decapitating chickens by biting their heads off in one fell swoop. (Or should I say "fowl" swoop in this case?) RIP, chickens.

And while eating live animals is certainly a bit unusual even for a freak show act (something tells me he'd make a great Fear Factor contestant, BTW), he's still nowhere near as dangerous as someone like Twisty — well, unless you're the chicken in this scenario. But as far as memorable roles go, this isn't Woolf's first gig on the small screen, especially in regards to the FX anthology series.

So as we dive even further into Season 4 and Meep's character, let's learn a little bit more about the man behind Elsa's little "monster."

He Played Infantata in Murder House

Remember this guy? What am I saying? Of course you do. In fact, he probably still haunts your nightmares to this day. The pieced-together body parts of Charles and Nora Montgomery's deceased son, Thaddeus, lurked in the shadows of the Murder House basement and proved to be far scarier than the Rubber Man ever was, at least for me. (Kudos to the makeup department on this one.)

He Has a Small Body, But a Big Heart

Woolf was diagnosed with pituitary dwarfism at a very young age, which caused his bones to shrink. And while he has faced a lot of unfair scrutiny for being "different," you could not find a kinder person out there. In fact, when he's not acting, he works as a preschool teacher.

He Was a Stunt Performer on Dexter

Back in 2013, Woolf was a stunt performer in Season 8, Episode 10 titled "Goodbye Miami." So the next time you happen to watch that particular episode, try to see if you can spot him or face the wrath of Dexter's table.

And now that he's returning to AHS, one can only guess what Ryan Murphy has in store. But whatever happens, I'm glad to have him back in the fold.