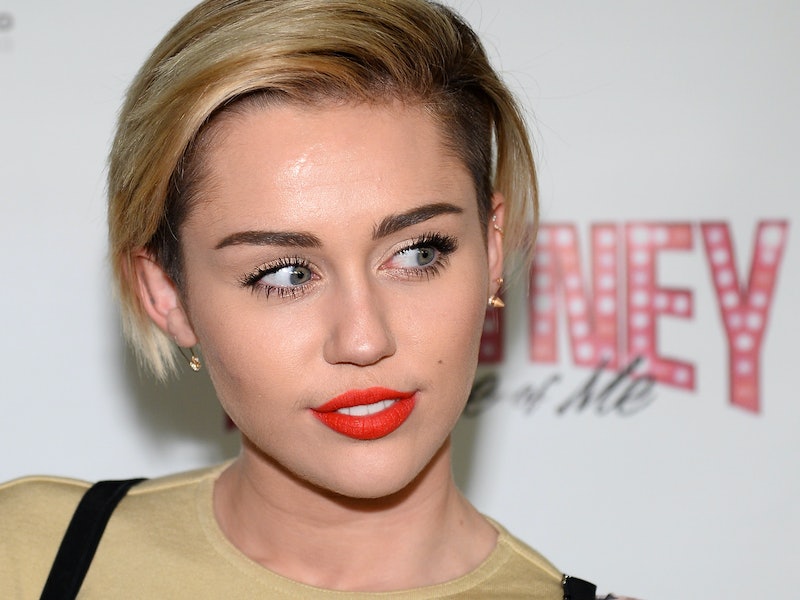 Miley Cyrus may be more known these days for her stage antics, and, unfortunately, she's often branded as crazy because of it. So it's pretty great to see that not only do the criticisms not affect her, but Cyrus has got a great philosophy for the haters: She embraces the title of "crazy." This simultaneously is good to see (considering the critique can be harsh sometimes) and explains a lot.

"It really doesn't bother me when people tell me I'm crazy, because I am...I grew up around people like Johnny Cash and Dolly Parton, and those people are not normal," Cyrus explained during an interview with Australia's Sunrise TV, according to Us Weekly. "If I wasn't here, I would like to be doing maybe some sort of stand-up comedy...I am the joke. Look at me. I'm a walking joke."

Even better than the fact that she embraces the title of "crazy" when people throw it at her as an insult, Cyrus also added that she just cares more about being nice and kind to her fans than she does about her image in the media — something that's pretty rarely seen in Hollywood, and is actually pretty inspiring.

"It's just always been [about] the way you treat people.... There's many girls that I know that are in this industry that come out and sit like this and they'll be all polite, but in person they're not so polite, and they're not so kind.... I treat people at the bottom of the list much better than people at the top, because the people at the top have enough people sucking up to them," she said. "So anytime anyone thinks I'm crazy, it's like, I'd rather be crazy than not a nice person."

Is it too cliché to say "you go girl" right about here? Because, seriously: You go girl.